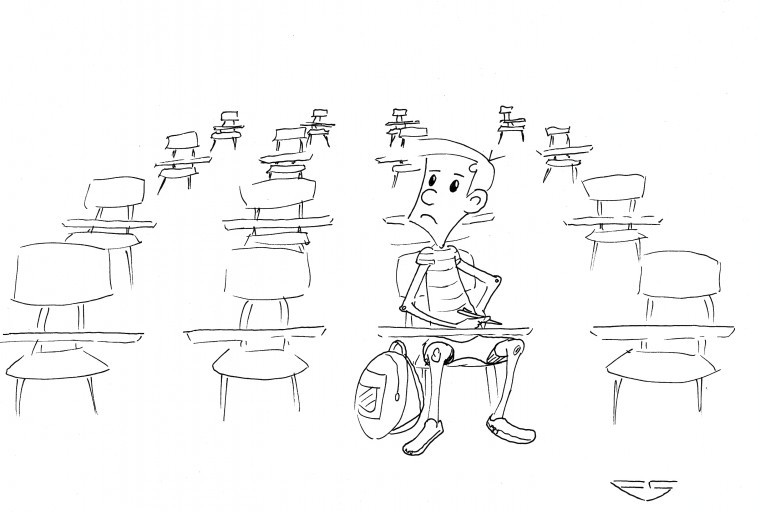 At some point during our time in college, I’m sure we have all noticed that attendance in large lecture halls tends to be rather sparse.

Whether students are nursing themselves through another hangover, avoiding the walk through unbearable DeKalb weather or simply skipping class to take advantage of the rare instance of a beautiful spring day, there is a pervasive notion that our presence is only necessary when there is an exam or a strict attendance policy.

By doing this, students are not only putting their grades at risk, but they are also compromising the value of their education in general.

Although it is unlikely, there might be a point in your life when you want to boast about how much you learned in college. If the conversation was to progress past the fact that you got a “B” in human biology during your sophomore year, would you be able to impress anyone with some semblance of knowledge that transcends filling in multiple choice guesses on a Scantron sheet?

High grade point averages are great, but education is pretty useless if the information obtained is not retained and applied in some way.

I do not simply want to scold students for being dumb and lazy, though, because I really don’t think that is the case. Most students are generally hard-working and dedicated to their academic goals. Other students, however, see the absolute minimum effort required to succeed in college as the standard and do only enough to get by.

Sometimes their reasons for doing so are understandable. Maybe they put their time towards extracurricular activities, part-time jobs or excelling in a class that they are more passionate about.

But if they are, in fact, just skipping class to sift through the wasteland that is daytime television, then they need to reevaluate their priorities.

We all know that college is expensive and, when you really think about it, paying thousands of dollars every few months just to learn the minimum amount of knowledge for the professor to write a letter next to your name makes no sense.

When you are interviewing for a job, whether you got a “B” or a “C” in MATH 101 probably isn’t going to be the deciding factor. Instead, there is a good chance that the employer is going to be looking to see whether you developed any tangible skills over the last four years. The only real way to do that is by attending class.

Not all of the blame can placed on the students for poor lecture attendance though. Some professors make it far too easy for students by putting up all of the PowerPoint slides on Blackboard and adhering to the textbook with a devotion rarely seen outside of religious circles.

Just as students need to approach college seriously, professors should strive to make the material as engaging and practical as possible.

This may have come across as preachy, but as the time I have left in college decreases and the money I have put towards it increases, I really think it is important to be able to reflect on one’s education and see its rewards. It is hard to do that if you spent the last four years sitting through more Full House marathons than lectures.