We must do all we can to end human trafficking 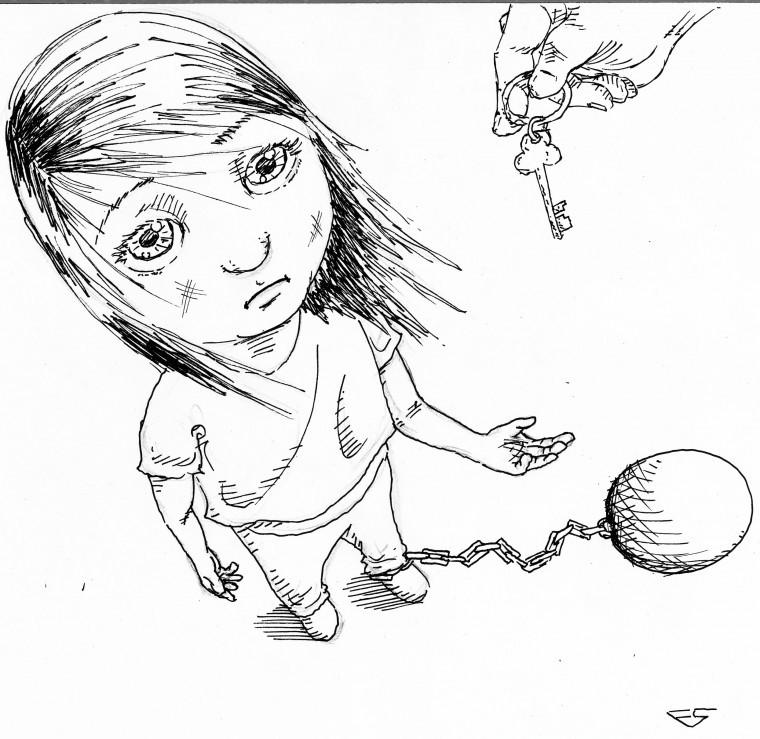 Slavery never ended; it just put on a new face.

There are an estimated 27 million people worldwide subjected to modern-day slavery, better known as human trafficking.

Thanks to the collaborative efforts of NIU’s Wesley Foundation and the Atheists, Agnostics and Freethinkers Society, as well as the generous donations made by NIU students, faculty and staff who bought items at our bake sales, I and seven others were able to spend our spring break in Washington, D.C., educating ourselves about issues related to human trafficking and allowing us to put forth an effort to end this severe violation of human rights.

Almost as troubling as the practice itself is the lack of awareness surrounding human trafficking.

An acute awareness of the issue colors perceptions of our society that are normally taken for granted and encourages us to take actions to prevent this atrocity.

The social perception of pimps, who often have a positive portrayal in film and television, is one such case. They are associated with flashy clothes and cars, being admired by scores of beautiful women, and possessing a charming personality. These positive attributes have even worked their way into slang, where “pimp” carries positive connotations.

Such perceptions change drastically when you consider the average age of entry into prostitution is between 12 and 14, according to a fact sheet published by the Polaris Project.

Also consider the way that prostitutes, in contrast with pimps, are often demonized and characterized as dirty, trashy, disease-ridden and at fault for their position. The notion that all prostitutes are willing participants or that pimps are just managers should be dispelled immediately.

These experiences in D.C. recall to mind the issue of political apathy and demonstrates the absolute importance of being socially aware and politically active.

How unsettling is it to think that your shoes or the produce in your grocery store might have been assembled or picked by an eight year-old child? Who takes time to consider whether the money they spend might actually be propping up the $32 billion industry that is human trafficking?

While meeting with an aide of one Illinois representative, she remarked to us that their office had been primarily bombarded with calls demanding to defund Planned Parenthood and wondered why people were not more concerned with troubling issues like human trafficking as we were.

The simple answer is that the people who are concerned don’t call enough, or those who might be concerned aren’t aware of the problem at all.

A pervasive sense of cynicism, one I’m even prone to, cripples any desire to be actively involved in the political process, which can be as simple as voicing concerns to representatives.

Our apathy allows those who would give a voice to the voiceless to be drowned out by the angry buzzing of a politically-active, socially-backward beehive.

There is a time and place for cynicism, but it isn’t here, and not on this issue.

We should continue to educate ourselves and take decisive actions to end this practice at home and abroad.