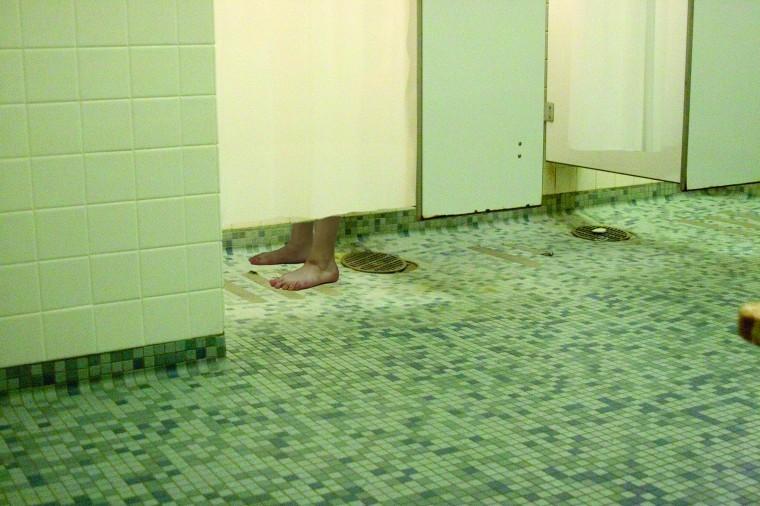 After an assault at the University of Illinois, Northern Illinois University has installed doors in the residence hall showers.

DeKALB | Even as the University of Illinois at Urbana-Champaign begins to do so, NIU will not be installing shower doors in all bathrooms of the residence halls.

In November, a U of I student was assaulted while showering in Forbes Hall, one of 22 resident halls in the Urbana-Champaign area.

In a press release dated in late January, the university described its plan for placing locking doors in all the showers.

There were also arrangements to include adding locks to the bathroom doors themselves as well as increasing security’s presence in all of the residence halls.

“I think it’s a good idea because of the incidents we’ve had here,” said Hannah Desch, a freshman at University of Illinois. “It makes me feel safer to be in the residence halls.” Desch is a resident of Allen hall, which is currently beginning its process to mount the locking shower doors.

She also said new locks have been placed on bathroom doors themselves as well as setting up cameras in the front of the residence halls.

Jennifer Schmitt, an NIU freshman physical therapy major and resident of Douglas Hall, said she thought NIU would benefit from getting locking shower doors in the residence halls.

Schmitt said it would be much easier to shower with the added privacy of a locking door rather than just a curtain.

Maggie Coffey, a freshman pre-law and communications major and resident of Stevenson Hall, disagreed, saying the curtains are enough.

“I’m okay with the curtains,” she said, “The privacy is alright. It’s nothing I have to complain about.”

Michael Stang, executive director of Housing and Dining said he doesn’t think NIU needs to follow U of I’s steps.

“We’d like to think it’s not needed,” he said. “We try to prioritize as best as we can.”

Of the total listed instances that occurred on campus from 2007 to 2009, 78 percent occurred in the residence halls.

Stang said according to surveys completed by students, he and the members of NIU’s community take comfort in security levels on the campus.

Stang noted on the easy accessibility of resources available to students. He said there is an abundance of safety information given at orientation and floor meetings at the beginning of the year.

He added he understands a concern related to the Feb. 14 shootings that resulted in five deaths of NIU students. However, he does not believe it is necessary to be on edge.

“In comparison to other large schools, we are still very safe,” Stang said,

Stang said the safety measures in place at the school are not only to protect the students but to be used by them responsibly.

“Our safety features are only as good as the students who use them,” Stang said,