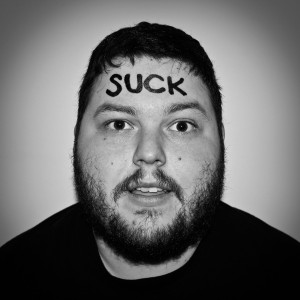 Dying to listen to some punk rock? Of course you are! Like it local? With bands like Bust!, you’d be a fool not to.

Bust!, who recently released a split with Elgin band Heart Shaped Hate (who are formerly from DeKalb), does not disappoint with their second full-length album. It is faster, yet cleaner technically than their first– a trend that marks a good punk band.

Because Bust! tightened things up a little, the uncomplicated combination of guitar, drums and a little bass balances wonderfully on this album. The vocals sound nice as well– at least, they sound as nice as they can. Bust’s vocals are notoriously harsh, but they’re harsh in the energetic, driving way that punk vocals should be.

However, with harshness comes unintelligibility. The lyrics are mostly indecipherable, besides a “whoa” (or was that a “no?”) and a “hey” (or did he say, “hate?”) here and there. But, honestly, who cares? If you want to listen punk for some catchy, melodic lyrics, you can always throw on some late-era Green Day instead.

Although Suck Kuts doesn’t fully pick up until the second half, the last five tracks are riddled with greatness. Bust! never disappoints when naming their songs, and my favorite titles off this album also happen to be two of my favorite tracks. “That Don’t Impressuh Me Much” wins the award for Best Song Title (if you’ve ever suffered Shania Twain, you’ll understand), and it’s also nicely put together. “That Don’t Impressuh Me Much” the most technically complex track, which makes it an interesting (and dare I say, impressive) listen.

My second favorite song title, “Sascrotch,” is the longest track on the album at just over two and a half minutes, and it makes for a great finale to the album.

As entertaining as these song titles are, my favorite track on Suck Kuts is a toss-up between “Unsmooth Moments” (yet another fantastic title, and one that sums up my life in two words) and “Push Ups.”

“Unsmooth Moments” starts off with some brisk, punchy snare drum action, flows nicely from beginning to end, and even happens to contain some semi-coherent lyrics (watch out Green Day, if Bust! decides to start dressing like morons and sucking, you might be out of a job). “Push Ups” is the track that best sums up the album’s sound as a whole: fast, it has well-balanced parts, powerful vocals, and the ability to get you just riled up enough to want to dance around and shout a lot, but not enough to punch your best friend in the mouth.

I’d love to hear Suck Kuts live, it would certainly make for an awesome show. I’d give this album a 4 out of 5, and I’d give you a dirty look if you don’t give it a listen.