Selling weapons to the Saudis was the best option available 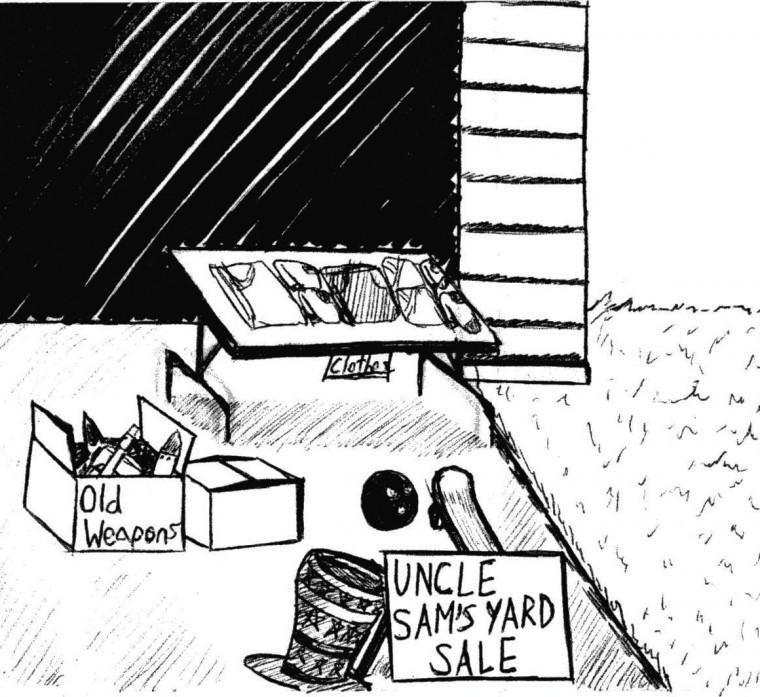 In foreign policy, there are no easy choices – and no obvious ones either.

This month, it was announced that the U.S. sold $60 billion in arms to Saudi Arabia. For the most part, this move has been met with concern. I, for one, think it was the best move we could have made considering the situation we’re in.

For starters, there’s nothing wrong with arms sales in and of themselves. The United States and Russia dominate the global arms market, with one 2009 report putting the combined sales to developing nations as 59.6 percent. China and other countries of Western Europe fill out the rest of the top spots.

“First, it is profitable,” he said. “Thus many countries use arms sales to off-set the rather high costs of weapons systems that are driven by domestic needs.”

There are other reasons why arms sales take place. Kempton said these transactions are used to “symbolically affirm close political relationships” between countries, and they are important for strategic reasons.

So do not think of Nicolas Cage in Lord of War when you think of arms sales to developing nations. While these things do take place, this is not the current situation.

The current situation is that we’ve sold weapons to the Saudis. I understand the trepidation around this. After all, the Saudis are by no means the vanguards of freedom and democracy in the Middle East (Freedom House ranks the country as “not free”). In his book Saudi Arabia Exposed: Inside a Kingdom in Crisis, journalist John R. Bradley describes at length the tyrannical nature of the Saudi royal family and the secret police it employs to keep order in the state.

And then there are the concerns with terrorism. The Kingdom is where 15 of the 19 Sept. 11 hijackers originated from, and it is the birthplace of Wahhabism, an extremist sect of Sunni Islam.

But the United States does not support any of this. Rather, it followed the old maxim, “the enemy of my enemy is my friend.” And in this case, the enemy seems to be Iran.

The U.S. has not been making a lot of in-roads when it comes to stopping Iran’s nuclear program. Even while Iran insists that it’s not using the program for military purposes, there is still the matter of the government’s continued stonewalling of the International Atomic Energy Administration (IAEA).

There are no easy choices here. President Barack Obama, to his credit, has tried to use engagement. But that has not paid out the dividends he was hoping for. And the risks, and costs, of attacking the country outright are huge. So what do you do if you’re President Obama? You’ll continue to work for a peaceful solution, but at the same time, you’re going to need friends, friends like Saudi Arabia and Israel (which normally protests U.S. arms sales to Arab countries but did not this time).

And yes, I recognize the faults of using Saudi Arabia to position against Iran. International relations scholar and author Steve Walt blogged on Foreign Policy that this sale would only encourage the Iranian government to utilize its nuclear program for military purposes, if it has not doing so already.

I cannot deny the logic of this. Indeed, the arms sales to Saudi Arabia indicate, as Kempton suggests, that the Obama team is running out of options and is beginning to accept the reality of a nuclear Iran.

“The current U.S. government has rejected the saber rattling of the Bush administration, but has not come up with a realistic alternative,” Kempton said. “Thus it would be hard for [Iranian President Mahmoud] Ahmadinejad to read this as anything other than tacit American acceptance of Iran’s nuclearization. The sanctions have never proven a significant barrier to Iran’s nuclearization and the U.S. government knows this, yet has put little effort to designing an alternative policy.”

In a perfect world, arms sales to countries like Saudi Arabia would be unneeded. But if the U.S. has accepted a nuclear Iran, then this deal was the best option.