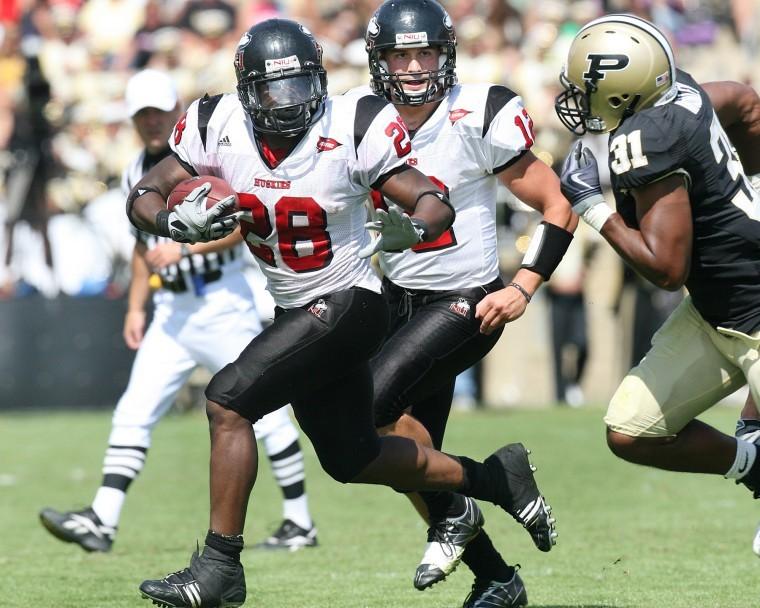 While NIU football is busy looking at next week’s matchup, Jeff Compher is flipping his calendar to 2015.

The Associate Vice President Director of Athletics at NIU is charged with orchestrating all non-conference games for NIU.

Considering the lucrative nature of the football program, holding the power to determine where the team plays is a vital position to hold at the university. While Compher always keeps an ear open, he sees to it that his schedule is made up years in advance.

I’m pretty much set through 2014,” Compher said. “It can all change though. It’s still somewhat of a fluid situation where things can still develop with other schools.”

While recently confirmed games against Wake Forest and Ohio State are given the majority of the fanfare, Compher treats games against smaller schools just as seriously.

“It’s the same process we go through with the schools that we visit,” Compher said. “Except we are paying them to come here, but the deal looks similar to ones set up with bigger schools.”

The NCAA may be heavily involved in most things a college football team does, but according to Compher, scheduling isn’t among them.

“They have nothing to do with the scheduling of our non-conference games,” Compher said. “That’s up to us, even our conference games; they’re decided by the MAC, not the NCAA.”

Having complete freedom means that Compher is the sole judge of what is a good deal. With so much at stake, he has to understand the current landscape of college football before talking to any schools.

“I’ve made enough contacts in this business that I’ll talk to anybody about a potential deal,” Compher said. “But, you have to know if you’re making a good deal or not. I think it’s really important for me to know the market at the time so I can make the best deal for NIU.”

Looking at past years schedules, one of the first things that pops out is the fact that NIU hasn’t traveled far outside of Illinois for any non-conference games, which is not an accident, Compher said.

“When making up a schedule I like to stay regional,” Compher said. “I think that when you do that, it helps with travel costs as well as with recruiting.”

With so many variables in every deal, there really isn’t a timetable for any one deal to be completed.

Even if Compher believes a deal is beneficial to NIU, he still won’t sign off on it until more input can be gathered.

“When approached with a deal,” Compher said. “I make sure to run it by our head coach first, because I’m not going to make him play against a team that he doesn’t want to face. Although, on occasion I might try to explain to our head coach the benefits of playing against a certain school.”

When the deal is signed, sealed and delivered, Compher has only one thing left to think about.

“The problem is that you don’t know what a team you’re scheduled to play is going to look like down the line,” Compher said. “You can’t look ahead a couple years to see who is going to be good and who’s not.”