Rod Blagojevich is not a victim nor a political prisoner 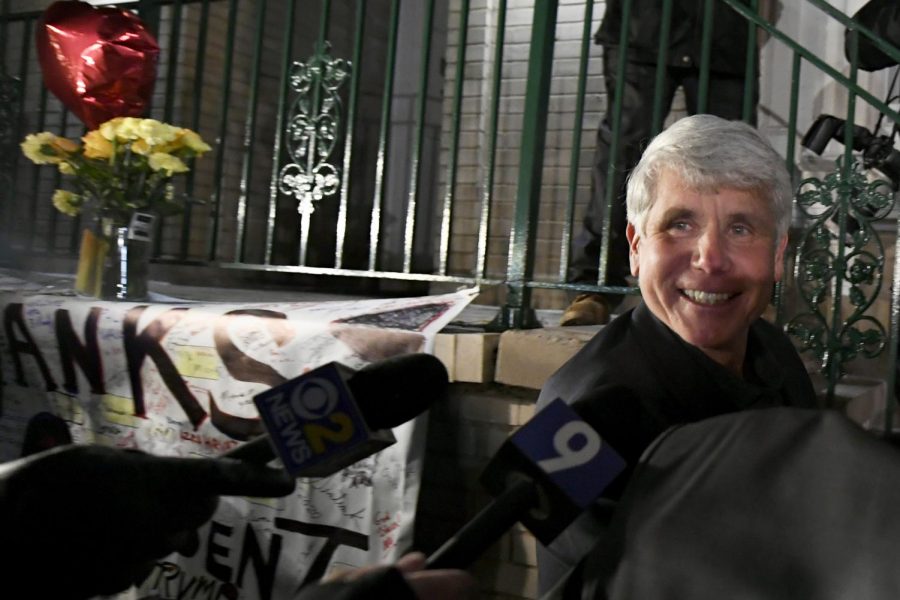 Former Illinois governor Rod Blagojevich smiles Feb. 19 outside of his Chicago home after his 14-year prison sentence was commuted by President Trump.

Now that Blagojevich is out of prison after having served eight years of his sentence, people may be wondering what his next move will be. One thing he has done so far is play the victim.

“I am a political prisoner,” Blagojevich said Friday in an interview with CNN news anchor Anderson Cooper.

A political prisoner is “a person who has been put in prison for criticizing the government,” according to the Cambridge Dictionary. Blagojevich is not one.

Cooper mentioned in the interview that former president of South Africa Nelson Mandela was a political prisoner. Mandela was put in prison for treason after organizing paramilitary members of the African Nation Congress to engage in guerilla warfare against the government.

That is what a political prisoner is. Blagojevich was simply a politician put in prison who deserved his prison time, despite his sentence being a little harsh.

Blagojevich was sentenced 2011 on 17 charges, including wire fraud, extortion and soliciting bribes for political appointments, including the senate seat of Barack Obama after he was elected president.

America has a long history of politicians being arrested for corruption, but many of these cases did not have as harsh of an outcome as the former Illinois governor’s.

Another instance of this type of corruption happening was in 2015 when State Representative Derrick Smith served five years in prison after bribing a day care center $7,000 in exchange for a support letter for a state grant application.

Similarly, in 2015 a lobbyist Rusty Cranford was sentenced to seven years in prison for bribing three Arkansas representatives to benefit Preferred Family Healthcare.

These and many others got much lighter sentences than Blagojevich did despite being convicted of similar crimes.

While what Blagojevich did was wrong, these examples show that he got the short end of the stick. He did not deserve as harsh of a sentence as he got, but he is far from a political prisoner.

Political prisoners show us that there are exceptions to free speech, and that speaking one’s mind can get them into serious trouble. This is a very important thing for people to understand, as it shows that our rights can only get us so far. Political prisoners are an important part of fighting corruption because they are not afraid to speak out.

Blagojevich was not fighting corruption, he was partaking in it, and that makes him anything but a political prisoner.