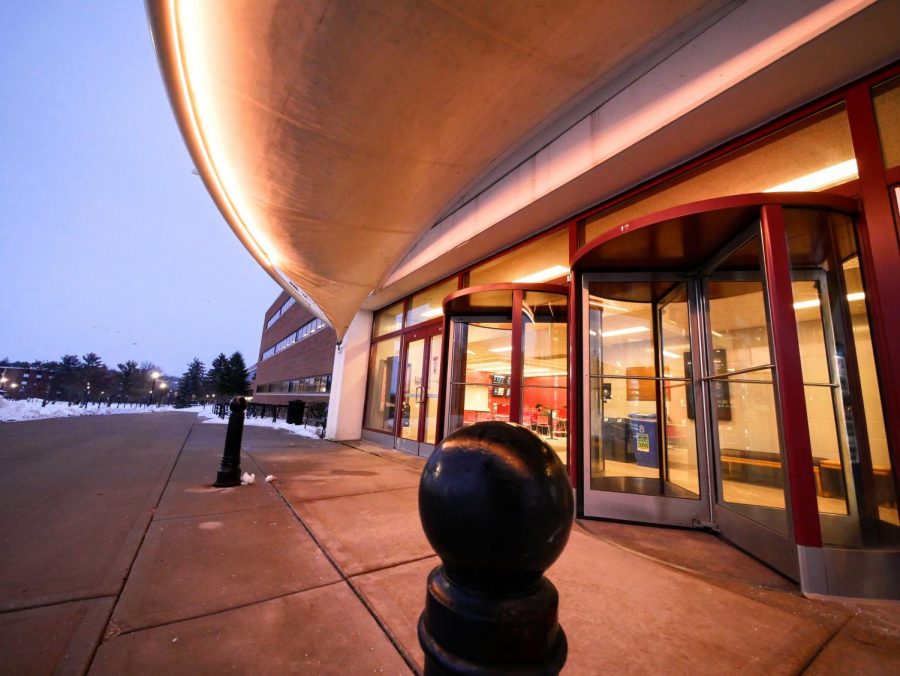 DuSable Hall is a primary building where the College of Liberal Arts and Sciences holds its classes.

DeKALB — The College of Liberal Arts and Sciences will have a new dean by mid-March following a search process that started this past summer, Beth Ingram, executive vice president and provost, said.

Judy Ledgerwood, College of Liberal Arts and Sciences acting dean, has been in the position since 2017 and was the first female liberal arts dean after replacing former acting provost Chris McCord. Ledgerwood declined to comment.

Ingram said the university put together a search committee of 15 different faculty members in the fall.

“The search committee reviewed the position description and talked to people about what characteristics they’d like in a new dean,” Ingram said.

The College of Liberal Arts and Sciences dean reports to the provost and oversees the operating and capital budgeting process in the college while recommending priorities to the provost, according to the position description. The dean also works to recruit faculty members in the college and works on resource development in terms of fundraising to increase the college’s programs.

Ingram said the university is using a search firm called Greenwood Asher & Associates to help with the search process to advertise the position to the public, helping to recruit candidates. The search firm also helps search through candidates’ applications.

In mid-January, the search committee narrowed down a list of a dozen candidates to conduct 90-minute interviews at O’Hare Airport, and from there, the committee chose four people to become finalists. These finalists have been visiting the campus for open forums to meet university leadership, other faculty and students.

The third candidate is Claudia Petrescu, chief strategy officer at Oakland University in Michigan, according to her curriculum vitae. Petrescu will have an open forum at 2:30 p.m. on March 2 in the Stevens Building, Room 170B.

The last candidate will be announced 48 hours prior to their open forums. The next two forums are scheduled for March 2 and March 5.

Ingram said new deans generally start July 1, the start of the fiscal year, but it’s always negotiable with the candidate.

Ingram said it’s important that a candidate can understand the wide range of disciplines within the college from physics to English.

“Somebody who listens well and understands shared governance, that’s really important,” Ingram said. “Somebody who can represent the college externally, who can do fundraising, who can form relationships with alumni of the college, somebody who has some experience in either managing a big department or might have been in a dean’s office are all important attributes.”

The College of Liberal Arts and Sciences is the largest of the university’s seven colleges. The college consists of 18 academic departments and seven centers that have 435 faculty and almost 4,300 students, according to the position description.

Ingram said it’s typical for academic searches to take a while because universities often reach out to receive input from different departments.

“We collaborate because we have shared governance,” she said. “We want to make sure that the people who are affected by the choice have a voice in the choice. We take our time and make sure we have good candidates.”