Huskies look to sweep season series against the Toledo Rockets 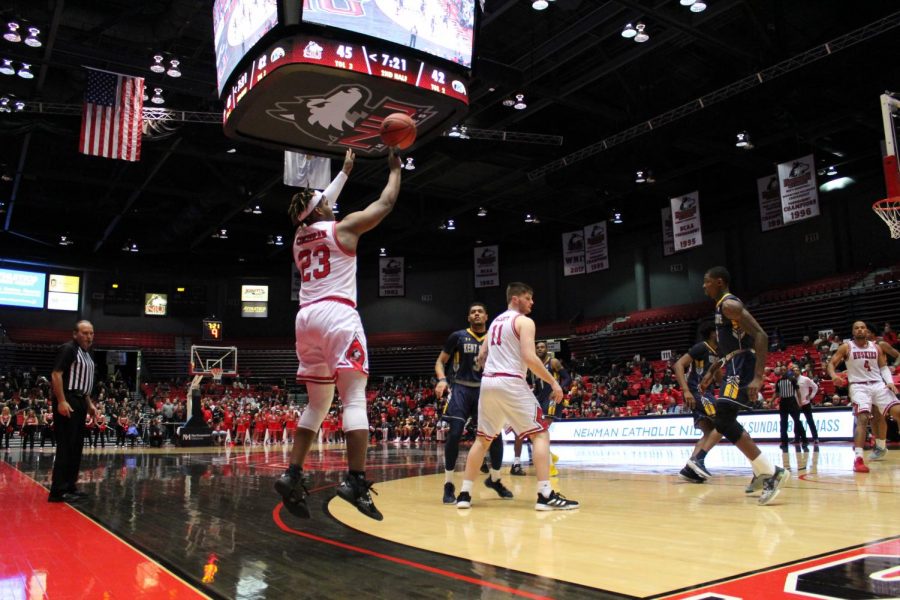 DeKALB — The men’s basketball team will face its rival, the University of Toledo Rockets, at 7 p.m. Tuesday in the Convocation Center.

The Huskies recently fell to the Western Michigan Broncos 72-69. In the second half of the game, the Broncos led by 18 points before NIU went on a 16-1 run to put them within three with just over three minutes remaining.

A corner 3-pointer by Western Michigan’s senior guard Jared Printy in the final seconds of the game lifted the Broncos over the Huskies.

Senior guard Eugene German, who had a game-high 23 points, scored all 23 of his points in the second half after serving a suspension in the first half for violating undisclosed team rules.

Toledo is coming off of a win against the Ball State University Cardinals. The Rockets were led by senior center Luke Knapke, who scored 31 points in the contest. Junior guard Marrewon Jackson was also in double-digit scoring for Toledo, with 18 points.

The last time the Huskies and the Rockets met was Feb. 4 in Toledo, and it ended with a 66-61 NIU victory. The Huskies held the Rockets to 41.7% shooting while draining 47.1% of their own shots.

The Huskies and Rockets have split the last 10 games against each other at five apiece.

NIU will host its final game of the regular season 7 p.m. Friday when it takes on Ball State.