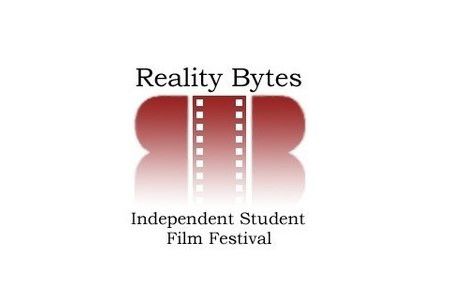 DeKALB – The COVID-19 pandemic has created chaos in the world of film and entertainment. Films have pushed back their release dates, theaters are shut down and now the annual NIU Reality Bytes Independent Student Film Festival has been postponed until fall.

The festival announced on its Facebook page March 26 that the festival, originally scheduled for April 13, 14 and 15, was being moved to an unknown date in the Fall 2020 semester following concerns of the COVID-19 pandemic.

Every spring, NIU students taking COMS 475: Film Festival Administration organize the festival and accept short films submitted on the festival’s website. Films must be no more than 30 minutes.

When the festival’s organizers decide which films to screen, they display them for the DeKalb community from 9 to 11 p.m. on three nights in mid-April at Cole Hall in Room 100.

Despite moving to online coursework, the students of Film Festival Administration are still planning the festival and are preparing programs as well as planning the schedule for all three nights.

By the time spring break began, the students of Film Festival Administration were prepared for the festival. They had watched the films and decided on a lineup for the three nights of Reality Bytes.

The only thing left to do was screen the films for the public for people to view them, Nicole Arduini, junior communications major enrolled in the course, said.

However, graduating seniors currently taking the course may not be able to participate in the screenings because many of them are moving away following graduation, Arduini said. But everyone who was involved in the festival has been invited to participate and attend the after-party.

The festival was first started in 2001 by Laura Vazquez, professor of communication. The festival would screen films made by students of a high school, undergraduate and graduate level all around the world, according to the festival’s website.

During the course, students learn all that goes into planning a film festival, Arduini said. This includes accepting and viewing film submissions, contacting local businesses to sponsor the festival and plan raffles for attendees to participate in.

Despite being a COMS course, Arduini recommends it to anyone of any major. Besides communications majors, there’s an abundance of marketing majors in the course.

“Before I was not a big movie person,” Arduini said. “We would watch a film and I would say ‘I liked it’ and then it would get torn apart by others in the class. I got to learn what makes a good film and I have a bigger respect for film.”

This year, the students of Film Festival Administration watched 76 to 78 short film submissions. Joined by a panel of 12 to 15 judges, they decided which films to screen at the festival, Vazquez said.

“[The judges] will still be judging films at this time but the films will be screened later,” Randy Caspersen, communication professor and judge/master-of-ceremonies for Reality Bytes, said.

Other film festivals, like South By Southwest in Austin, Texas, have been canceled while other film festivals have been moved online for people to view on their computers, Vazquez said. However, Realty Bytes will remain an in-person event where people can gather to watch films.

One of the biggest challenges Vazquez anticipates is the long-term effects of the coronavirus on NIU. However, if the fall semester precedes normally, Vazquez is confident in the festival’s screenings.

When the pandemic’s effect on the U.S. has lessened and people can go outside, she hopes people go support film and filmmakers instead of staying inside watching films alone.

“Film festivals are very important for the distribution and viewing of independent films,” Vazquez said. “A small percentage of films [shown at festivals] make it to theaters, so film festivals are a good way to support them.”

Vazquez thinks that festivals are necessary not only for the screening of films, but so people have a place to meet other people and express their love of films.

“We laugh, we cry, we get scared by horror movies,” Vazquez said. “It’s a delightful experience and I don’t want to lose that.”