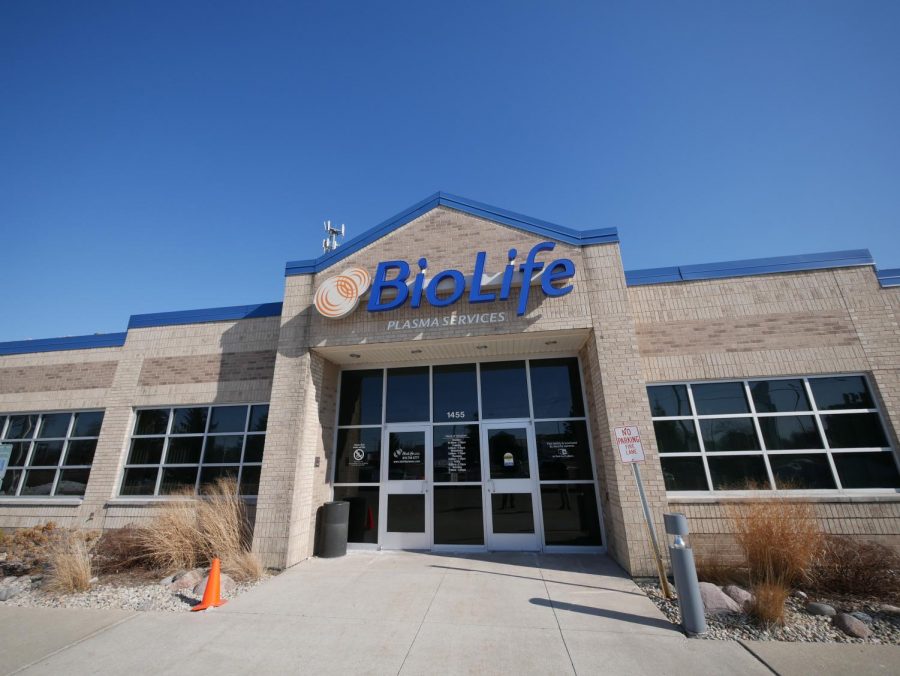 DeKALB — The NIU community can save lives and make money doing it by donating plasma to BioLife Plasma Services, 1455 County Farm Road.

To be eligible, donors must be at least 18 years of age, weigh no less than 110 pounds, be in good health and pass a physical examination and medical history survey among other criteria, according to a BioLife press kit.

The donor must also return for a second donation within a six-month period before the plasma may be considered for use.

Michael Caragiulo, senior marketing major, said he’s been donating plasma regularly at BioLife for the past two years after learning about it from a friend on campus. He said the money, for him, isn’t the most rewarding part of the experience.

Those who suffer from chronic conditions such as hemophilia, immunodeficiency diseases and hereditary angioedema rely on plasma-derived therapies, according to a BioLife backgrounder. These treatments benefit thousands of patients on a daily basis.

When he began donating, Caragiulo got paid $50 for his first two trips, he said. After that, he was placed on Biolife’s donor program, in which the center pays its donors additionally the more times they visit per week.

“The needle stick isn’t painful if you’re used to donating blood,” Caragiulo said. “The only difference is you’ll be in that chair for close to … an hour, which is the maximum amount of time before they essentially just say: ‘You’ve been here for too long. We thank you for your time. You’re still getting paid.’”

Caragiulo said he will continue donating plasma to BioLife, noting the helpfulness of the employees there.

“I know one of the reasons I keep going here is the staff … are actually super friendly,” he said. “If you ask questions, they can walk you through the whole process.”