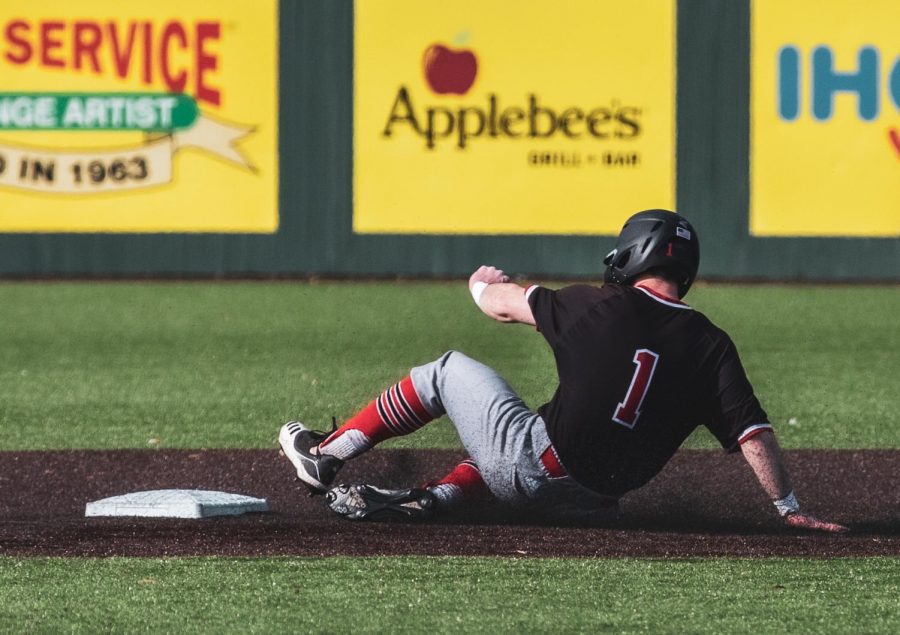 DeKALB — Baseball’s offensive struggles put it on the wrong side of a series sweep by the Southern Illinois University–Carbondale Salukis over the weekend.

After showing consistency in hits this season, the Huskies could only muster up four runs in Carbondale.

“SIU did a good job of pounding the strike zone and keeping our hitters off balance all weekend,” Head Coach Mike Kunigonis said. “We need to make better adjustments in game from at-bat to at-bat.”

It was a pitching duel in the series opener Friday that saw the Huskies lose 2-1 in 10 innings.

Each team’s bullpen picked up where its starters left off by continuing to keep its opposition off the board.

The game would require extra innings and ended in the 10th when SIU scored a run off fielder’s choice to give the Salukis game one.

The bats were a bit more active for each team on Saturday afternoon.

NIU didn’t score until the ninth inning, but still had a chance to win until another walk-off fielder’s choice gave the Salukis the win, 4-3.

A three-run bomb from senior shortstop Dylan Lonteen put the Huskies up 3-2 with only a half-inning left to play.

Unfortunately for the Huskies, their bullpen couldn’t get the job done. An SIU single tied the game at 3. Then, a fielder’s choice clinched the win and the series win for the Salukis.

“One of the best things about this group of guys is they never give up and keep fighting until the end,” Kunigonis said. “It was disappointing we couldn’t pull that one out. It had the makings to be a great win.”

NIU couldn’t get things back on track Sunday in its third straight loss to the Salukis. The 6-0 loss clinched the sweep for SIU, handing NIU its first series loss since opening the season against Boston College University.

The Huskies once again struggled getting their offense into gear.

NIU will hit the road for a pair of games Tuesday and Wednesday against the University of Missouri in Columbia. First pitch is 6:30 p.m. Tuesday.