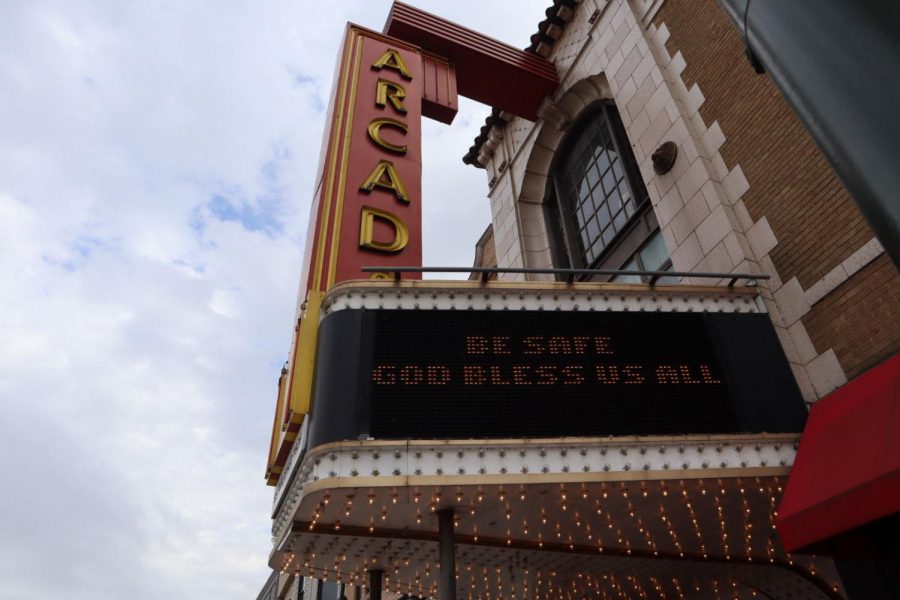 By Jamie O'Toole and Quentin Wilson

Since the COVID-19 outbreak, concerts and gigs have been canceled to avoid further spread of the virus. This has caused income and exposure for developing musicians to come to a halt, but they’re getting creative with keeping music alive until COVID-19 blows over.

Illinois Gov. J.B. Pritzker announced Sunday that all restaurants and bars in Illinois will be closed until March 30 due to the COVID-19, effectively canceling gigs for local artists.

Playing shows anywhere from bars to venues — it is often the greatest source of income for musicians. As smaller artists try to grow a wider fan base across the globe, touring is the best way to gain exposure as well as income.

They had one on Saturday, and called it “The Donnelly Boys’ Spring Break Jam,” Donnelly said. It was a unique spin on maintaining a musical presence, and performing for fans during this creative drought.

Donnelly uses his fan page on Facebook to promote the online concerts. He and his sons decided to make their music virtually accessible to keep in touch with fans and help them get through the pandemic by lifting their spirits.

There was even a virtual tip jar through Paypal for those who attended their online concert to make donations as they pleased.

Most singers earn their income on live performances, according to the Music Industry How To. The revenue fluctuates, however. Bar gigs, cover gigs and hired musician gigs are anywhere from $50 to $300 per gig, depending on the amount of time, the occasion and how popular their location is.

Although the physical connection lacks between artist and fan with digital concerts, viewers are expecting a homemade video recorded on an iPhone, Donnelly said, so there’s no pressure.

“It’s not polished, but it’s not supposed to be,” he said.

These virtual concerts allow the artist to keep their name out there during social distancing, and hang out with fans in the comfort of their homes, while also enabling them to take a peek at the recording and production process.

At this time, restaurants and theaters do not have any business, and as some are recognized for their musical guests and shows, they are being setback. The Arcada Theatre, 105 E. Main St., St. Charles, however, keeps its establishment in people’s minds and is leaving their door open by live streaming concerts.

#MusicStrongArcadaStrong will live stream a concert with Jimmy Nick, a blues guitarist, Friday at 7:30 p.m. The band will be in the regular concert set up, on a stage facing thousands of seats, but the fans will be online tuning in.

Streaming services such as Spotify have worked as crucial assets for artists to reach people worldwide, despite being a subordinate way of gaining revenue.

Fuzzlove, a local jam band in DeKalb, looks to use streaming services as a way to maintain their brand during the pandemic. The band released their recordings of performances at the WNIJ studio for fans across all streaming services. (https://www.northernpublicradio.org/post/sessions-studio-fuzzlove

Streaming services have made growing a fanbase much easier for a musician and gaining money immensely rewarding since the age of CDs and records. Since music venues are closed until further notice, musicians will have to find alternate ways to receive payment.

“It’s been the worst,” said Fuzzlove trumpet player Nick Monte. “All of our gigs from March to May have been canceled.”

Spotify used to pay artists between $0.006 and $0.0084 for their songs, according to the Planetary Group, but that’s not including the amount the artist would have to split between the entities who helped in the process: publisher, composers and co-writers.

In 2019, Spotify upped its price. An artist would earn an amount comparable to the average monthly minimum wage for roughly 400,000 streams on Spotify, according to Planetary Group.

The community that concerts and festivals build outshines the power of streams.

Pickathon is an annual three-day music festival in Happy Valley located just outside of Portland, Oregon for genres such as indie, rock, rap, folk and bluegrass. It features smaller artists who are less well known.

“If Pickathon has taught us anything, it’s how much value a festival can have for a community,” the festival posted March 12 on Instagram.

Although the community cannot be there physically at this time, they stress that fans worldwide still go online and buy records, merch and even tickets as a donation if they cannot attend a concert. It’s crucial in this time to support the arts not only in the Northwest, but all over the world, until musicians have their venues and festivals back, in order to make a name for themselves. With the help of Facebook and Instagram many artists can sell merchandise to fans who want to show support.

From small towns to cities, it’s important to do small deeds like buying a musician’s art until things are back up and running.