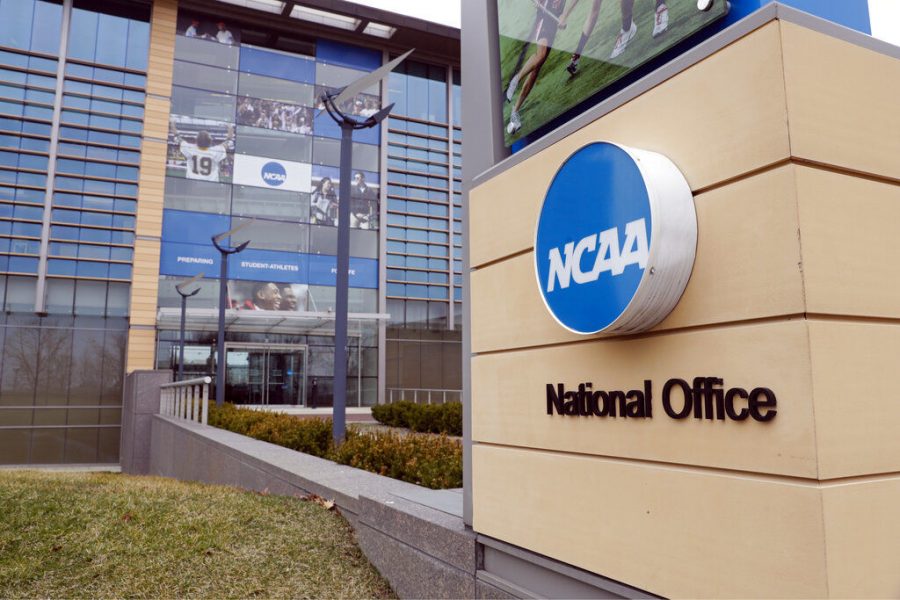 FILE - In this March 12, 2020, file photo, The national office of the NCAA in Indianapolis is viewed. The NCAA will permit spring sport athletes _ such as baseball, softball and lacrosse players _ who had their seasons shortened by the coronavirus outbreak to have an additional year of eligibility. The NCAA Division I Council voted Monday, March 30, 2020, to give spring sport athletes regardless of their year in school a way to get back the season they lost, but did not guarantee financial aid to the current crop of seniors if they return to play next year. (AP Photo/Michael Conroy, File)

DeKALB — The NCAA Division I Council announced Monday that it will grant an additional season of eligibility to spring-sport athletes whose seasons were affected by the COVID-19 pandemic.

This move allows schools to self-apply waivers to restore an additional season of competition and an extension of eligibility for spring-sport athletes, according to a CBS Sports article released Monday.

The affected sports include baseball, softball, outdoor track and field, tennis and golf. This move will not pertain to basketball because it is considered a winter sport and “all or much of their regular seasons were completed,” according to an NCAA release Monday.

“Details of eligibility relief will be finalized at a later time,” the NCAA added. “Additional issues with the NCAA rules must be addressed, and appropriate governance bodies will work through those in the coming days and weeks.”

On March 13, the NCAA deemed it “appropriate” for athletes in spring sports to receive another year of eligibility. That stance had been shifted over the last week because of schools facing huge downfalls due to the cancelation of March Madness.

The NCAA has also granted financial aid flexibility, which gives schools the option to grant seniors equal or less financial aid than what they would have received in 2019-20. It also gives the schools the opportunity to tap into the NCAA’s Student Assistance Fund to pay for scholarships of athletes returning for an additional year of eligibility.

The NCAA did not specifically address issues regarding housing and meals for these athletes.