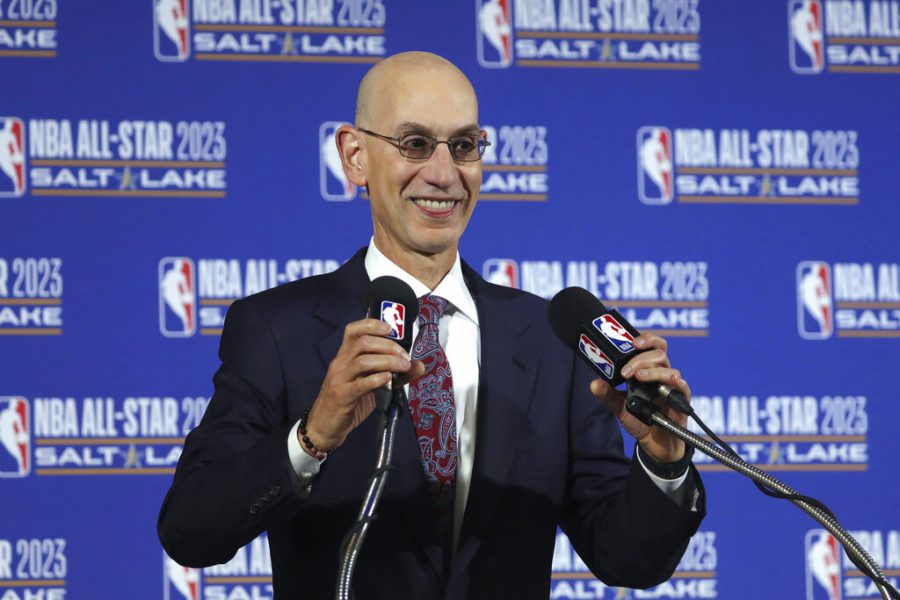 FILE - In this Oct. 23, 2019, file photo, NBA Commissioner Adam Silver speaks during a news conference at Vivint Smart Home Arena in Salt Lake City. Something is finally clear in the uncertain NBA. Players believe they’re going to play games again this season. The obvious questions like how, where and when remain unanswered. (AP Photo/Rick Bowmer, File)

DeKalb — After 227 days of no NBA basketball, the Association will return July 31 to resume the 2019-20 season after it was suspended due to the COVID-19 pandemic.

The NBA Board of Governors voted to approve the league’s 22-team format Thursday to resume the season at a bubble site in Orlando, Florida, according to ESPN’s Adrian Wojnarowski. Games will be held at ESPN’s Wide World of Sports.

The NBA’s Board of Governors has voted to approve the league’s 22-team format to restart the 2019-2020 season in Orlando, source tells ESPN.

The league’s new format will bring back the top eight teams in the Western and Eastern Conferences, along with six other teams within six games of the eighth seed in their respective conferences. Those teams include the New Orleans Pelicans, Portland Trail Blazers, San Antonio Spurs, Sacramento Kings and Phoenix Suns of the Western Conference, and the Washington Wizards of the Eastern Conference. The NBA will adjust the schedule so each team is able to play eight more regular season games before the playoffs begin.

Teams will begin training together at their facilities in July, and then move to the Disney resort in Orlando a few weeks ahead of the start of the season for training camps.

The league is negotiating strategies with the eight teams left out on ways for the teams to remain active as it’ll have been potentially nine months between their final games and the start of 2020-21 season.

The league will allow players and coaches to dine outdoors and golf, while observing social distancing guidelines according to ESPN’s Ramona Shelburne.

Due to the season running late into the summer and fall, the NBA Draft Lottery and the NBA Draft will be pushed back to Aug. 25 and Oct. 15 respectively. A potential NBA Finals Game 7 would likely occur on Oct. 12.