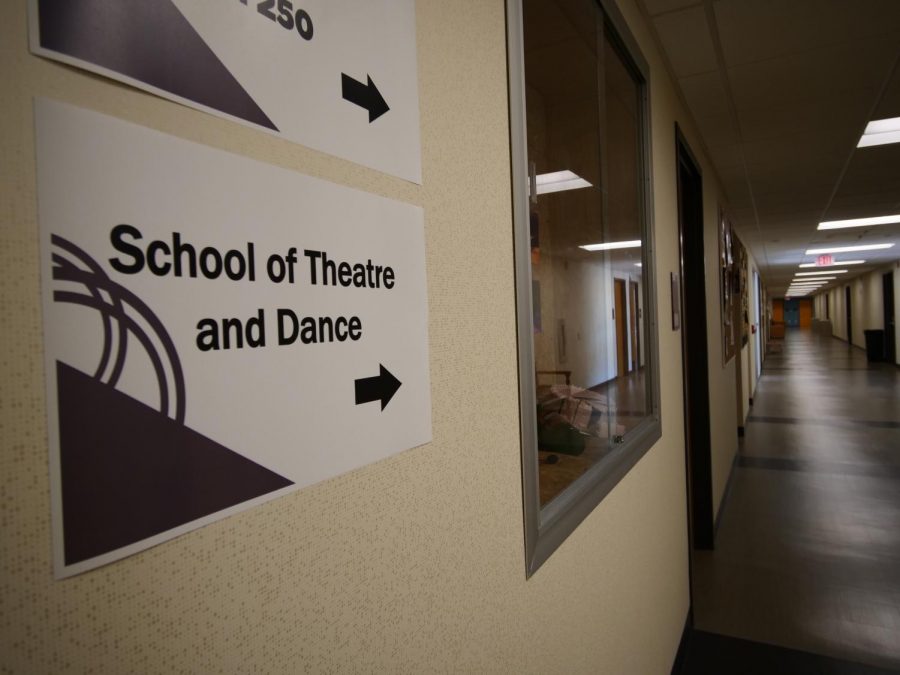 The School of Theatre and Dance responded Monday to a series of racist posts written by local business owner Scott Almand. Almand's company had sponsored an opening night party for the college and he once taught a welding workshop.

DeKALB — Professors and administrators within the College of Visual and Performing Arts responded to a series of racist Facebook posts written by a local business owner who had worked with the college in the past.

Scott Almand is the co-owner of Nuthouse Design and Production LLC, 253 W. Stephenie Drive, Cortland, a welding and custom metal fabrication company that works with the live entertainment industry.

Almand wrote a series of Facebook posts Saturday objecting to the Black Lives Matter movement and the protests that erupted in the wake of George Floyd’s death. Across the three posts, Almand wrote that there are no George Floyd protests, that it’s exclusively about looting and that black protesters should be shot down in the streets. Almand’s Facebook account has since been deleted.

Tanner Johnson, of Las Vegas, is a former employee of Nuthouse and was friends on Facebook with Almand. He said his relationship with Almand was strictly professional.

“He didn’t hide his racism,” Johnson said. “But the extent of the wording he used in that post was more extreme than I had witnessed before.”

“With how extreme [Almand’s posts were], I felt it necessary to bring that to light,” Johnson said.

Johnson has worked in the live entertainment industry for seven years and said he wanted to show that there are people in the industry who still hold these beliefs. He said he wanted Almand’s posts to be on display for people to know about and respond to.

Johnson said it “blew up” much bigger than he expected. He said within an hour his post was being shared by people he didn’t know and reaching people in the entertainment industry across the U.S. He said he was glad his post reached so many people who jumped to speak out against Almand’s words and beliefs.

“I’m glad to see that it affected so many people in the industry who felt the need to share that as well,” Johnson said.

Theatre professor Tracy Nunnally is the co-owner of Nuthouse Design and Production and is the president and owner of Vertigo, 241 W. Stephenie Drive, a performer flying effects and rigging company. Nunnally was business partners with Almand and said he was disgusted by Almand’s posts.

“My emotions completely overwhelmed me as I bounced from disbelief to disgust to rage to sorrow to gratitude as I read the comments from people from around the planet who have known me for 40+ years,” Nunnally wrote in a Wednesday Facebook post.

Vertigo, as a company associated with Nuthouse, made a statement about its association with Almand and where it stands regarding his posts. The company wrote on its Facebook page Tuesday that it does not share or condone Almand’s comments and has severed all ties with him.

“There is no place at Vertigo for this hatred,” Vertigo wrote in its Tuesday Facebook post. “Our team does not and will not stand by hate, and we believe that we are not equal until Black Lives Matter.”

Paul Kassel, dean of the College of Visual and Performing Arts, wrote in a Monday news release that he abhors Almand’s posts and is committed to never working with him again.

“NIU and the College of Visual and Performing Arts remain committed to equity, diversity, inclusion and social justice,” Kassel wrote. “Further, we stand together aligned with Black Lives Matter.”

Administrators within the school wrote that if they had known about Almand’s views, they wouldn’t have allowed him to have any contact with students and that the school will have no relationship with him moving forward.

“The school, its students, faculty, and staff stand together in opposition to racism, white supremacy, and police brutality,” the college wrote on its Facebook page. “We are committed to being a safe place for all students. Theatre’s role will always be to comfort the afflicted and afflict the comfortable. These are our ideals. BLACK LIVES MATTER.”

Nunnally wrote in his Wednesday Facebook post that Nuthouse Design and Productions has closed its doors and that he instructed his attorney to write up an agreement of dissolution, a document that specifies the duties of each business partner and sets a timeline for terminating the partnership. He said Almand has permanently left Illinois.