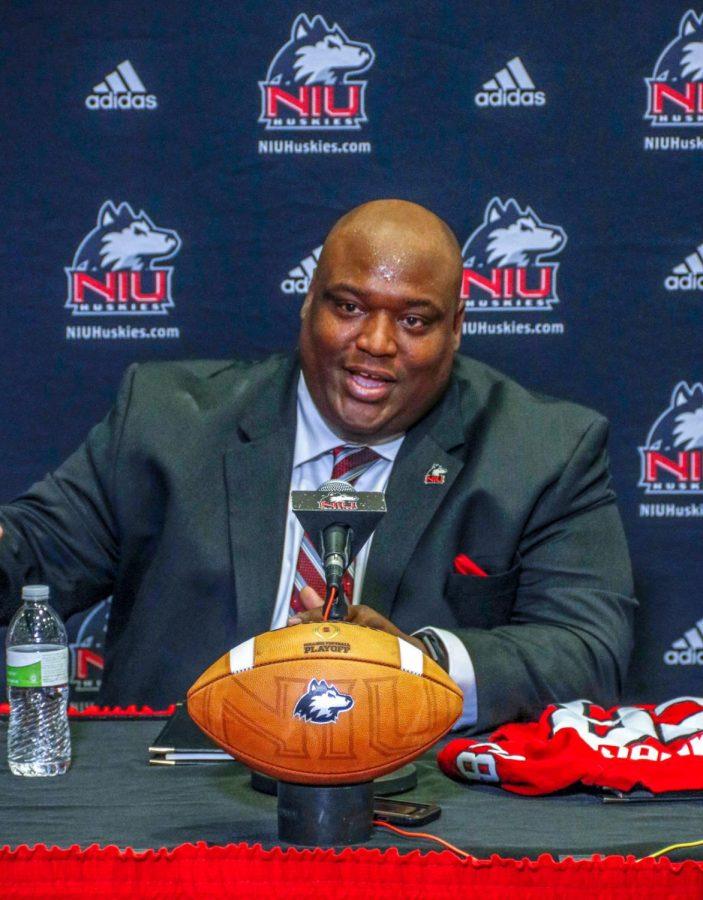 Head Coach Thomas Hammock speaking at his introductory news conference in 2019. In Hammocks second season the huskies went 0-6 and are voted to finish last in the MAC Western Division for a second straight year.

McKissic-Luke, a 12-year coaching veteran, joins the Huskies program after four seasons coaching running back at Youngstown State University with the added role of special teams coordinator in 2019.

“I’m certainly excited about [McKissic-Luke] and his expertise at the running back position, as well as his special teams background,” Hammock said in an Friday NIU Athletics news release. “I think that continuity helps on our staff. It gives us a good foundation of guys that can hit the ground running. [Number one], he knows the offense and the things that can be improved upon from last season.”

McKissic-Luke replaces Atif Austin as running back’s coach with Austin no longer listed as a member of the coaching staff on the Athletics website. The departures led to several announced coaching position changes.

Tony Sorrentino will coach wide receivers, replacing Houston Jones who also is no longer listed as part of the coaching staff.