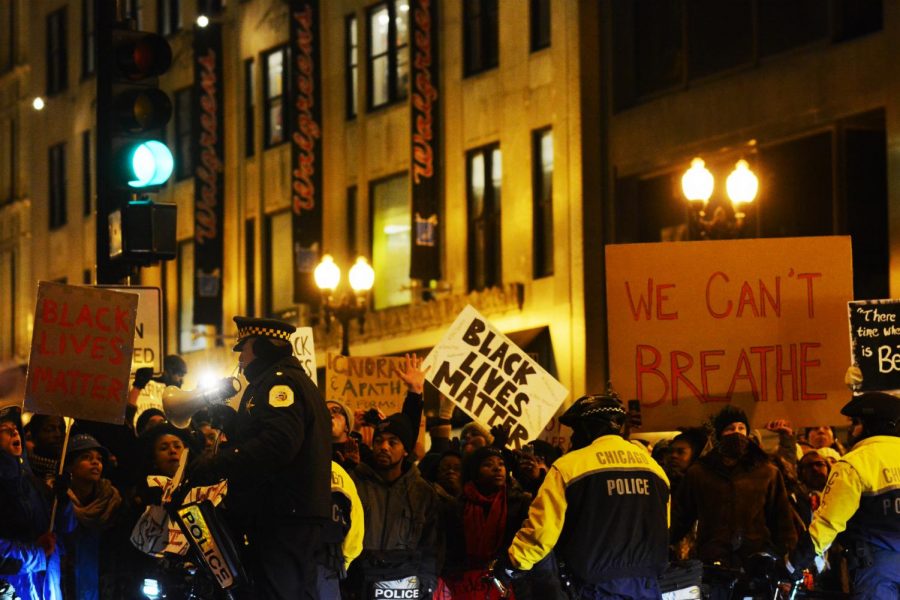 As the social climate of our country continues to stir, the music that fueled social change in the past is rising in the charts. The music of the civil rights movement throughout the ages has risen in popularity in recent weeks.

Music dating as far back as the ’60s, along with present day music — all sending messages of hope, resistance and change — have been streamed more excessively in recent weeks.

According to a Billboard, protest songs by Kendrick Lamar, James Brown and many more have experienced enormous streaming increases. These songs have experienced this increase in streaming due to the prevalence of protests in reaction to the deaths of George Floyd, Breonna Taylor and countless others.

Spotify released a Black Lives Matter playlist June 2 consisting of 58 songs. The playlist starts with the song “Say It Loud – I’m Black and I’m Proud,” by James Brown from 1968. Initial reports recorded 2,000 audio and video streams of the song before May 26. It had 375,000 streams on June 2, an increase of 15,740%, according to Billboard.

Billboard reports that older songs continue to see a spike in streams.

Billboard also reported more contemporary songs which have experienced an increase in streams. Lamar’s 2015 single, “Alright” accumulated 1.162 million streams on Tuesday, up from just 131,000 a week before. Childish Gambino’s 2018 hit “This Is America” hit a whopping 1.826 million streams, just seven days earlier it had 273,000.

When songs are played at a protest their messages come through clearly. An atmosphere of understanding is established. During a June 3 protest in Batavia, participants sang “Stand By Me” by Ben E. King. This 1961 hit still retains its message today, “Whenever you’re in trouble won’t you stand by me — oh now, now stand by me.” When the crowd joined in, it felt hopeful that change would come.

The increase in listeners in recent weeks is a direct reflection of the demand for this music. A man who understood the importance of music in a climate of change was Dr. Martin Luther King.

“Jazz speaks for life,” King Jr. said in his opening address to the 1964 Berlin Jazz Festival. “The blues tell the story of life’s difficulties — and, if you think for a moment, you realize that they take the hardest realities of life and put them into music, only to come out with some new hope or sense of triumph. This is triumphant music.”

This quote talks specifically about Jazz, a type of music that while still popular today isn’t as prevalent as it used to be. The music of this civil rights movement, the music of today may not sound the same as it did in the ’60s, but carries the same message. It is the music of the people, the oppressed and the sound of change.

The music of the ’60s still lives on but a new era of music has risen.

“Luckily for this despairing era, we are living through a renaissance in protest songs, and their creators are more diverse, creative and international than the Greenwich Village strummers of yesteryear. In both private and public spheres, music can still be our hammer,” according to a January 25 America Magazine article.

According to the article Hip-hop might lead the fight.

“In ‘Alright,’ Kendrick Lamar raps faithful resilience: “But if God got us then we gon’ be alright.” Childish Gambino’s “This is America” captured the pain of racial dysfunction. In ‘The Whitest House,’ Jasiri-X protests the current administration.”

Egyptian Essam told American Magazine he became a protest singer after attending marches and thinking the chants would be empowered with a melody and a beat.

“Songs can travel the planet in no time,” he said. “We will not find people repeating speeches but we can guarantee that there might be millions of people at the same moment singing the same song.”

This is why the protest songs of the ’60s are being sung today, and why new songs are being produced. Music is a language we all can understand.

Three impactful protest songs of today are, “Say It Loud – I’m Black and I’m Proud”, “This Is America” and “F–k The Police.” These songs convey important messages that align with the current social movement.

“Say It Loud – I’m Black and I’m Proud,” by James Brown, 1968 is the first song on Spotify’s Black Lives Matter playlist, and for good reason. The Black Lives Matter movement is all about equal rights and treatment. A very important sentiment to keep for the black community at this time is one of pride.

In the song Brown says “some people say we got a lot of malice, some say it’s a lotta nerve, but I say we won’t quit movin’ until we get what we deserve.”

Childish Gambino’s “This Is America” has resurfaced as an anthem of the Black Lives Matter movement. When it was released it received praise, Rolling Stone called it “a nightmare we can’t afford to look away from.” It is a look at the normalization of racism and violence, it shows the loss of black life and black innocence in America. This is what the Black Lives Matter is about, ending a centuries-long violence against black individuals and their communities.

“F–k The Police” by NWA has been played at nearly every protest I have been a part of. The song perfectly sums up the feelings the black community has toward the police in our country, highlighting their malicious conduct. In the song Ice Cube says, “Police think they have the authority to kill a minority, f—k that shit, ’cause I ain’t the one for a punk motherf—er with a badge and a gun to be beatin’ on, and thrown in jail.”

From the inception of the police force in this country to current day misconduct and hatred have often found their way to the streets of our nation. Over the years countless songs have touched on this topic of police brutality and unjust targeting of minorities.