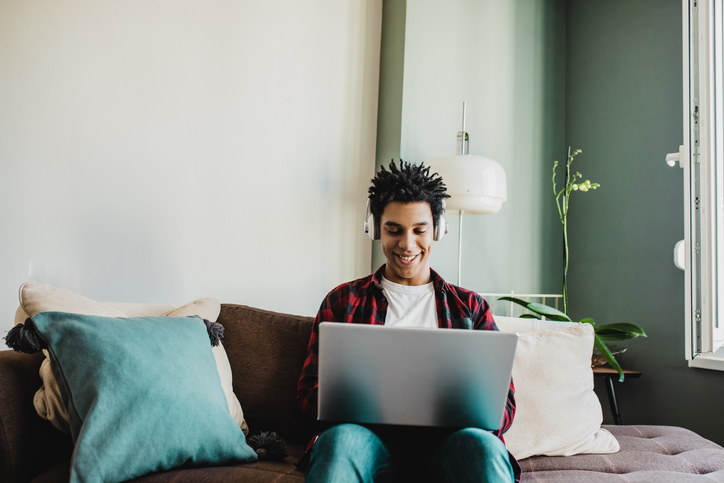 Learning is something I never get tired of, regardless of the topic. In my world, a perfect day is a visit to a museum, watching a documentary and reading a good book. So, despite being forced home during the COVID-19 pandemic and enjoying my summer break, I still felt a longing to learn. For this urge to discover and create, I found that MasterClass is a great opportunity to learn from some of the most famous faces in the world.

Masterclass is a subscription-based online education website that provides classes by experts —many of them celebrities — in several fields including music, film and business. On this platform, a subscriber can either purchase access to one class for $90 or can have a year-long access to all classes on the platform — currently 86 classes — for $180.

All courses contain video lessons and a downloadable workbook, although some courses contain extra goodies. Among these is a screenwriting course taught by Oscar-winner Aaron Sorkin. It includes PDF copies of the screenplays for “A Few Good Men” and “The Social Network.” The website also includes articles for subscribers and forums for students to chat in.

I first gained access to MasterClass on May 27 as a birthday gift from my parents. Since then, I have completed three courses in less than two months and have learned ways to work on a film set, written short screenplays and have developed even more confidence in my ideas as a filmmaker.

My most recent course was also on filmmaking, taught by director Werner Herzog, a critically acclaimed German director whose films have won praise and awards from prestigious organizations like The Cannes Film Festival. American audiences might know him best for starring as “The Client” in the Disney+ series “The Mandalorian.”

All of these courses, I was delighted to find, challenged me and continued to remind me why I love film.

One aspect of MasterClass I enjoy is its format. While multiple cameras are used to shoot the subject, or the teacher, a common shot is a medium shot that sees the subject looking directly into the camera. It creates a great connection between the student and the teacher.

Whenever I turn on a lesson, I feel as though Werner Herzog or Spike Lee is in the same room talking to me, despite being recorded, which creates a strong level of intimacy.

I also love the workbooks that come with the course because, not only do they have printed versions of the lessons, but they also contain links to helpful websites and assignments from the filmmakers. One assignment that I found both painstaking and powerful was formulated by Martin Scorsese. He told me to look at scenes I admire and break down every single shot and what it means.

Like a fool, I chose my favorite scene from my favorite western: the climactic gunfight from “The Good, The Bad and The Ugly”, which had 99 different cuts. As I paused each shot and examined it, I saw that a shot of Clint Eastwood staring or Lee Van Cleef moving had more power than I realized because of the meaning it conveys. These aren’t people just blankly staring, they are creating a psychological standoff. This is why a painting or a photo can be more powerful than words because of the overall theme expressed from its composition, subject and lighting.

Another assignment I enjoyed came from Spike Lee. He advised students to create a fake budget. The assignment showed me how expensive filmmaking is. Budgets must compensate for hiring people, renting equipment and catering. I learned how to trim the fat by looking at what’s necessary and what is just fluff.

The lessons range from four minutes long to about 20 minutes. This creates bite sized lessons that are easier to swallow, while teaching a good deal of information. It also allows a subscriber to stretch out the lessons and take them at their own pace.

The best approach is to watch just one or two lessons a day and focus on the assignments from the workbook. This not only is less imposing, but it also makes sure that you get your money’s worth.

I also appreciated the advice that was given to me by filmmaking giants. The worst thing about being a young cinephile turned filmmaker is the uncertainty behind every decision: “Is this the right camera? Does this character have enough depth? Is this a good line? Am I good enough?” The advice these people give is some of the most comforting words I have ever heard. One piece of advice in particular I loved came from Martin Scorsese.

“If the machinery of it all seems top big and scary and overwhelming, that’s great. You wake up in the morning and you do it anyway. If it seems impossible, it’s even better,” Scorsese said in a lesson.

While I’ve gravitated to the filmmaking courses, because that is my passion, there are several other kinds of courses that I find intriguing across different kinds of subjects. This includes an Investigative Journalism course taught by Bob Woodward who, along with Carl Bernstien, exposed the Watergate scandal while working as a writer for the Washington Post;an Electric Guitar course taught by Rage Against the Machine’s Tom Morello and three different acting courses from Samuel L. Jackson, Natalie Portman and Helen Mirren.

MasterClass also offers a wide selection of culinary courses taught by master chefs. There is a Wine Appreciation course by James Suckling, a Texas-style BBQ course by Aaron Franklin and two cooking courses by Gordon Ramsey.

Even though several classes are taking on the same subject, the diversity in the professionals  they choose makes each class feel unique. Martin Scorsese went to film school and became part of the New Hollywood movement of the 1970s where directors dismantled the studio system that was prevalent in the Golden Age of Hollywood.

Spike Lee went to film school and was part of the black revolution of filmmakers in the 1980s and 90s where people of color’s stories were starting to dominate the screen, thanks to films like Lee’s “Do The Right Thing” and John Singleton’s “Boyz n the Hood.”

Werner Herzog never went to school to learn filmmaking; he was self-taught with a stolen camera, and became a figurehead in European cinema.

Each of these courses has something different to say and none of these instructors are here to say “do everything the way I’d do it.” All they do is explain their process and their way of looking at what they do in the hopes of teaching students how to find their own path.

A negative aspect of MasterClass is that if a subscriber is a complete novice to certain topics, such as filmmaking or music, these classes might not be the best teacher. However, if you are somewhat knowledgeable of these fields and are looking for new ideas, new approaches, encouragement or an insight into the minds of respectable leaders in the fields of art, music, cooking, etc., then MasterClass could be a fantastic investment.

Another negative for me was the price. While $180 is reasonable for the large amount or content for one year, $90 for just one course seems too much. It’s as if they are giving you an offer so large for one course that you have no choice but to get a year-long subscription. Fortunately, the $180 subscription is well worth it.

As someone who sucks in knowledge like a sponge, MasterClass has given me a new outlook on life and my passions. Because of that, I recommend  anyone look into MasterClass and see the knowledge that awaits.