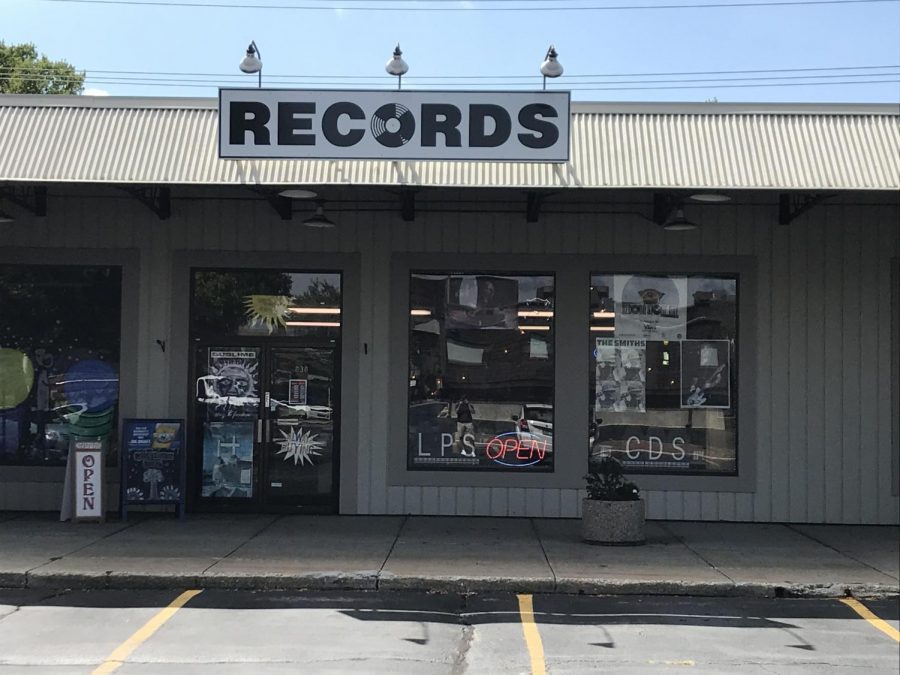 DeKALB – After months of waiting, music lovers will now be able to get new, exclusive releases from 8 a.m. to 5 p.m. Saturday at Green Tangerine Records for the first of three Record Store Days.

Record Store Day, founded in 2007, is an annual event held on the third Saturday of April at independent record stores in the U.S., according to the Record Store Day website. Green Tangerine Records, 838 W. Lincoln Highway, will be one of over 1,000 stores nationwide participating.

“Lots of bands and artists from all over the world release special records, including unreleased material, new issues, live performances and compilations,” Ryan Young, manager of Green Tangerine Records, said. “There are some crazy good records here.”

Unfortunately due to COVID-19, the event, originally scheduled for April 18, was postponed to June 20 and then was postponed again and separated into three days: Aug. 29, Sept. 26 and Oct. 24.

This decision, made to ensure customer safety, has been met with praise by Green Tangerine staff, Young said.

“It gives you three times as many excuses to come here and look for records,” Young said.

However, some records have been confirmed on Green Tangerine’s Facebook page, including a live 2007 recording of the song “Arnold Layne” by Pink Floyd, the album “Cherry Bomb” by Tyler, The Creator and two albums, one a double LP, by David Bowie.

Normally open from 11 a.m. to 3 p.m. Wednesday through Sunday, the hours of the store will be changed to 8 a.m. to 5 p.m.  for Saturday to ensure that everyone who wants to shop has the opportunity.

“We’ll be handing out slips to those who arrive at the store, starting at 7:30 a.m., with a time that you can come in and shop for, like from 10 to 10:15 a.m.,” Young said. “That way people can go about their day and shop for records without having to wait in long lines.”

Other precautions for COVID-19 include a mask mandate for all customers and to social distance whenever possible, according to Green Tangerine’s Facebook page. Young said he thinks that, with a steady amount of customers on a normal business day, Saturday’s event will be quite successful.

“We are striving for an enjoyable, safe and smooth Record Store Day,” Bill Klippel, owner of Green Tangerine Records, said.

Besides the upcoming Record Store Days on Sept. 26 and Oct. 24, Record Store Day plans to still have its annual Black Friday event on Nov. 27, according to the Record Store Day website. This means that for four months in a row, new and exclusive content will be available at the Green Tangerine for consumers.

With the ongoing 2020-2021 academic year at NIU, Young encouraged local bands and student artists to come to the Green Tangerine to sell their music.

“We have a section for local music, some from Chicago, but most are from the DeKalb area,” Young said. “If you’re in a band and have some music [on a CD or other type of physical medium], we can sell it for you, and you get to keep all of the proceeds.”

As the United States seeks to flatten the curve of new COVID-19 cases and return to normal, The Green Tangerine looks to new ideas for the store when the virus has been managed.

“Pre-COVID, we used to have shows with live artists,” Young said. “Hopefully, once COVID-19 has been dealt with, we might host smaller, acoustic acts.”