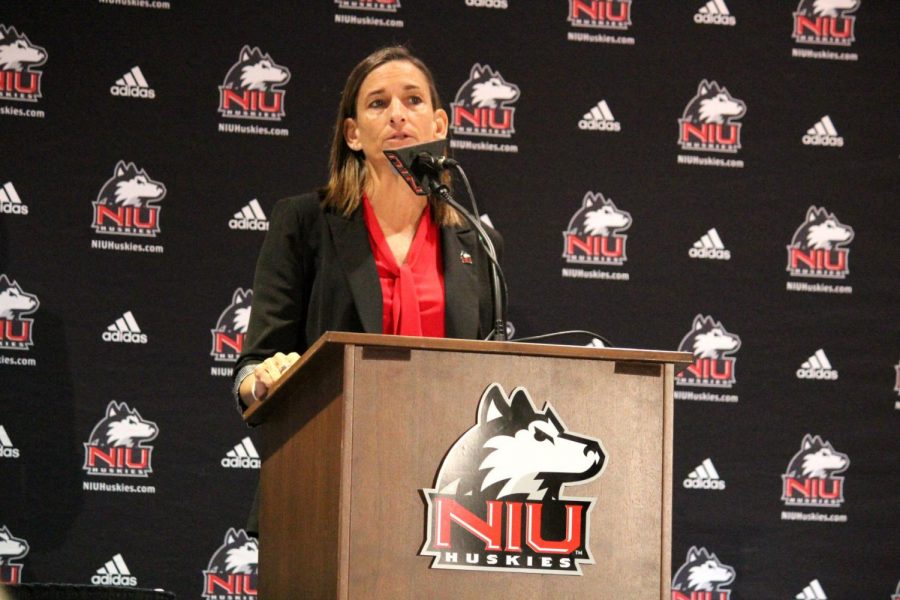 DeKALB — Plans have been set in place for a women’s basketball season, as NIU Athletics released the team’s 2020-21 Mid-American Conference schedule Wednesday.

The Huskies are set to play an expanded 20-game MAC schedule, up from 18 conference games from the 2019-20 season.

NIU’s first road game will be against the Kent State Golden Flashes Jan. 6 at the Memorial Athletic and Convocation Center in Kent, Ohio. Following that, NIU will play the Bowling Green State University Falcons Jan. 9 at the Stroh Center in Bowling Green, Ohio.

The Huskies return to the Convocation Center Jan. 13 to play the defending MAC regular season champions, the Central Michigan Chippewas. Then, NIU heads out on another two-game road trip, starting with its Jan. 16 matchup against the Miami University–Ohio RedHawks in Oxford, Ohio. They end their trip with its Jan. 20 matchup against the Ball State University Cardinals in Muncie, Indiana.

NIU will then play two road games, starting with the University of Toledo Rockets Feb. 6 in Toledo, Ohio, and the Eastern Michigan University Eagles Feb. 10 in Ypsilanti, Michigan.

Women’s basketball will then host the University at Buffalo Bulls Feb. 13 at the Convocation Center, and then head on the road to face the Bobcats Feb. 16 in Athens, Ohio.

NIU will then have two home games against the Rockets Feb. 20 and Ball State Feb. 24 at the Convocation Center, before one road game against the Broncos Feb. 27 in Kalamazoo, Michigan.

NIU will host the Eagles March 3 for its final home game of the season, and then close out the regular season March 6 against the Chippewas in Mount Pleasant, Michigan.

“We can’t wait to get back on the court and compete,” Head Coach Lisa Carlsen said in an NIU news release. “Everyone knows how competitive the MAC is from top to bottom every night. With the top eight teams advancing to the conference tournament, each game is that much more important.”

NIU’s schedule is subjected to change according to NIU Athletics, and tickets go on sale at 9 a.m. Thursday.