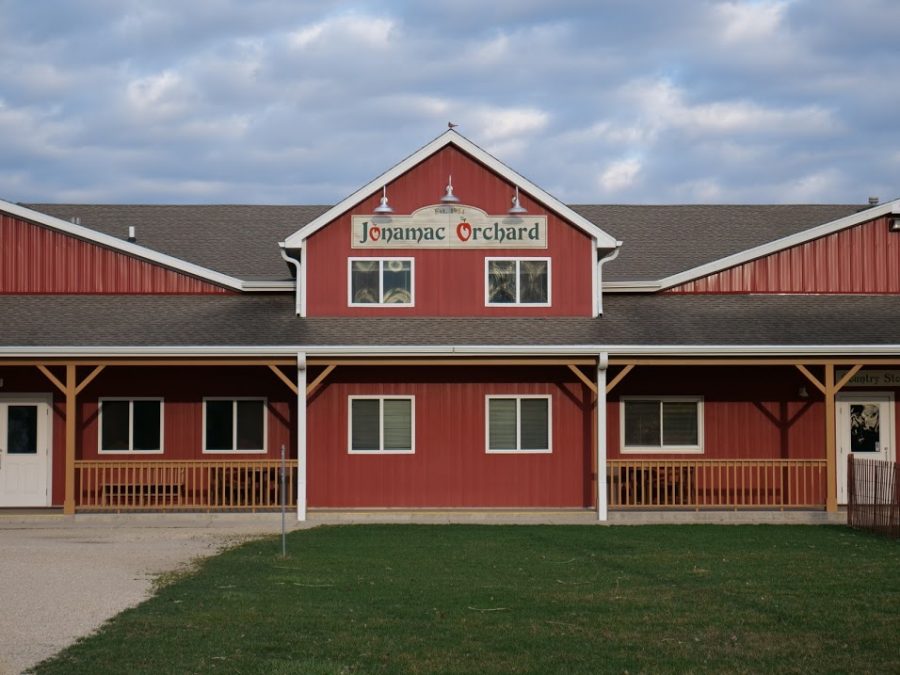 In honor of NIU’s 125th anniversary, a commemorative corn maze opened Aug. 29 at Jonamac Orchard, and will be open every Friday, Saturday and Sunday until Oct 31.

Jonamac Orchard, 19412 Shabbona Road, has played a role in the community and with NIU over the years. Jonamac is a family-owned business with NIU alumni roots. The activities the orchard has provided has created a strong generational connection between the orchard and its visitors.

“Every fall, our students go out to the corn maze and make great memories there,” Matt Streb, Chief of staff to the president and co-chair of the 125th Anniversary Committee, said. “Many of our alumni will tell you they remember going out to Jonamac and experiencing the corn maze.”

The 125th Anniversary Committee has been working on getting this maze setup over at Jonamac since early 2019, Streb said.

The design work for the maze started this past winter. Once the design was finalized and maze maps were created, planting of the corn started in May on Jonamac’s 10 acre lot, co-owner Kevin McArtor said. Once the corn was three inches tall, McArtor and his team mapped out the design through cutting out the pathways which takes 40-50 hours. Once the maze is closed, it’ll be time to harvest the corn and do it all again next year.

The maze will be broken up into two parts; once you finish the first half, you’re able to proceed to the second section if you want. Altogether, it takes about 45 minutes to complete the maze, McArtor said.

A visit to Jonamac will be different compared to years past because of the slew of precautions due to COVID-19. The orchard will enforce a ticket limit per hour for admission, McArtor said. Tickets also have a two hour time slot in the orchard per ticket. For people entering the maze, there will be spaced out times to limit people in the maze at a given time. Staff will wear masks, and it will be recommended that visitors wear masks as well.

The corn maze will be open from 9 a.m. to 5:30 p.m. on Fridays and Sundays, while Saturdays will run from 9 a.m. to 9:30 p.m.  In addition, a corn maze flashlight night is an option for $5 per person. Starting at 10:30 p.m. every Friday and Saturday night in October, Jonamac will offer a haunted theme maze for $15 per person.

“The haunt is something we’ve been doing for over 20 years,” McArtor said. “We don’t allow flashlights, so it’s completely dark. You can hear people screaming and you can hear chainsaws, but you don’t know when you’re going to get out.”

Being open for the haunted version of the maze is completely weather dependent and will not be open if it rains or worse, according to the Jonamac Orchard website.

The $5 admission does not only get visitors to the maze, the admission also grants access to all of Jonamac’s other activities and attractions. The orchard has Apple tokens as well for things like the Apple cannon and feeding the animals.

During the day, apple picking, a children’s play area, an apple and pumpkin cannon, petting zoo, hayrides, a bakery, a cider house where attendees can make wine and hard cider with tastings will be available. Attendees can also expect a pumpkin patch and occasional food trucks and other visiting activities, co-owner Jenna Spychal said.

Additional information and the option to buy tickets online can be found on the Jonamac Orchard website.

“To have the number of people around the region and have them go through the maze and see that it’s our 125th anniversary is really special.” Streb said. “I think the maze looks great and it looks the way we envisioned it.”