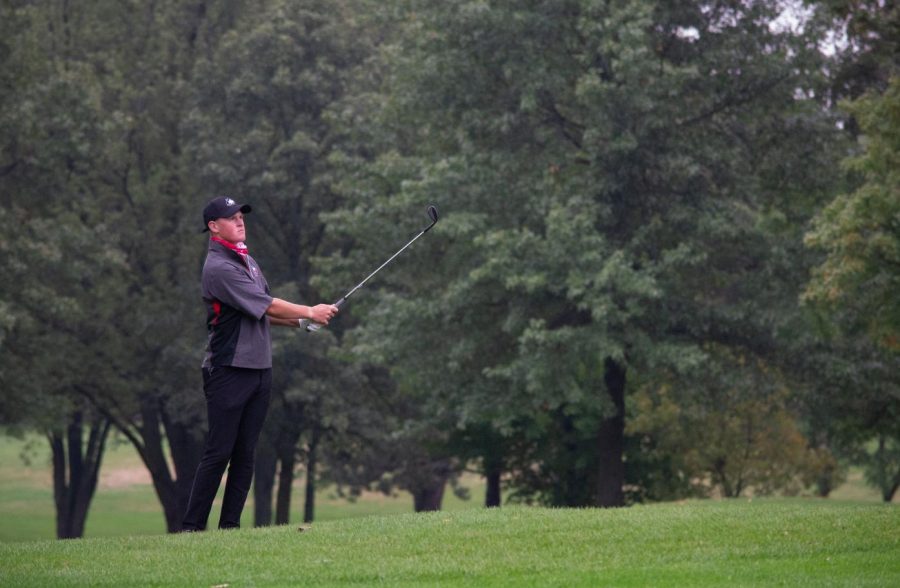 DeKALB — Friday kicked off men’s golf’s fall season. The Huskies started the inaugural Heide Wealth Management Series at Kishwaukee Country Club in DeKalb, for the first leg of the Bettinardi Classic, the second leg had to be canceled.

The Bettinardi Classic was the first of five events scheduled to take place between the team’s 11 players. The format for the event was stroke play stableford format, which rewards players points for under-par scores, and deducts over-par scores.

After 18 holes in soggy gray conditions Friday, two players were tied at the top of the leaderboard. Graduate student Russell Matos and sophomore Luke DeHaven both finished regulation with eight points, recording five birdies and two bogeys each.

The tie at the top of the leaderboard forced a two-hole sudden death playoff, won by Matos, giving him the lead for the overall series format.

Graduate student Jordan Less finished one point behind with a seven point round of 67. First-year Joshua Labounty, four points, and graduate student Michael Mattas, three points, rounded out the top five finishers for the event.

Saturday, the Huskies were set to continue the Bettinardi Classic at Stonebridge Country Club in Aurora, but due to NIU’s decision to suspend classes and in-person events for two weeks, the second leg had to be canceled.

Currently, the suspension of classes and events is set to expire Sept. 28, leaving the rest of the fall series intact for the team to compete in.

The next event is the Sherman Plastics Kingsley Club Open, scheduled for Oct. 3 at Kingsley Club in Kingsley, Michigan. The format for this two-day event is match-play.