NIU football to return in November 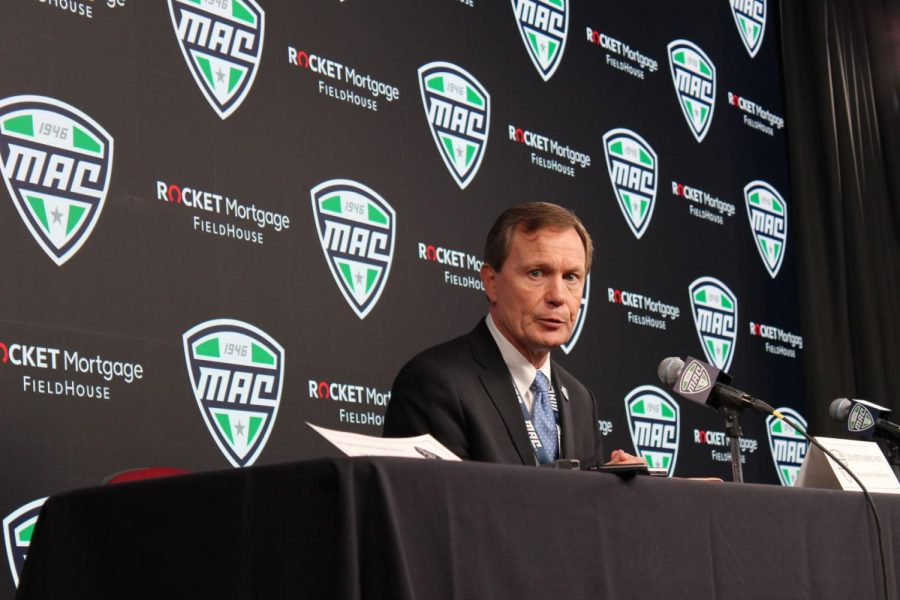 In this file photo, Mid-American Conference Commissioner Jon Steinbrecher addresses the media March 12 over the cancelation of the 2020 MAC Basketball Tournaments at the Rocket Mortgage FieldHouse in Cleveland, Ohio. The MAC voted Friday to play a six-game schedule, starting Nov. 4.

DeKALB — After leading the charge to suspend the upcoming football season on Aug. 8 due to the COVID-19 pandemic, NIU will take it back to the turf come November.

Presidents from the 12 Mid-American Conference schools voted unanimously Friday to play the 2020 college football season, becoming the last of the 10 FBS conferences to announce a return to play. MAC teams will play a six-game schedule starting Nov. 4, and cap off the season with the 2020 MAC Championship game Dec. 18 or Dec. 19, according to a press release from NIU Athletics.

Teams are able to return to practice Oct. 5. The schedule will be released at a later date.