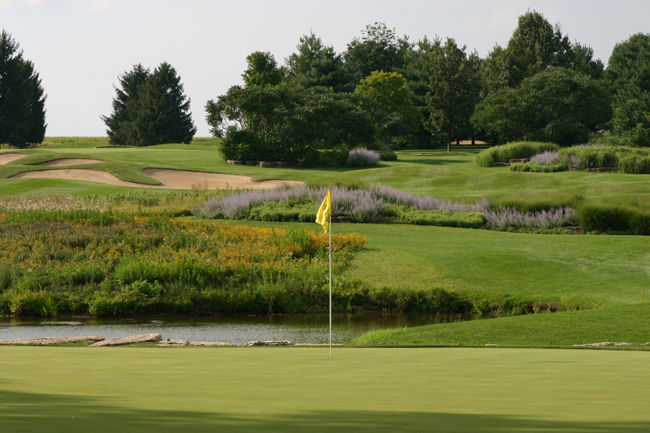 Huskies men’s golf competed in the Sherman Plastics Kingsley Open Saturday and Sunday in Kingsley, Michigan. This was the second event of the Heide Wealth Management Series, an intra-squad event series.

The event was hosted between the locations of Kingsley Club and Lost Dunes Golf Club. The tournament format was purely match-play. The opening day consisted of three nine-hole matches in a round robin format, which was used to seed the team for the elimination round hosted at Lost Dunes.

After 27 holes Saturday, the bracket was set with Dunsire being the top-ranked seed. Dunsire teed up against junior Reece Nilsen.

Nilsen started off hot, gaining a 1-up advantage through the first three holes, but Dunsire was able to rattle off wins on the last four holes of the nine-hole match to close out the semi-final with a 2 and 1 victory.

Both Warnock and Dunsire won a hole in the opening two holes, but Dunsire went on a tear in the middle of the nine, winning five consecutive holes, putting a choke-hold on Warnock with two to play.

“[Dunsire] was the best from [the] first hole to the final hole this weekend. He drove it great and was more sharp with iron play,”Head Coach John Carlson said.