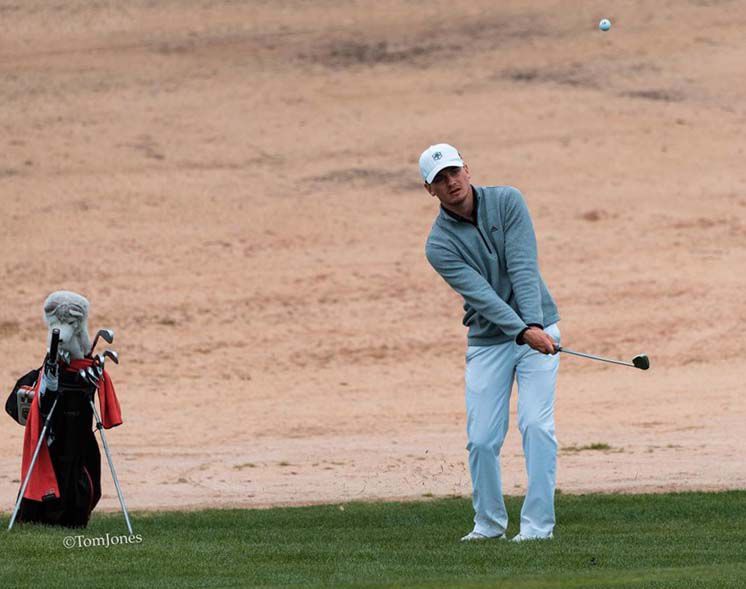 Former Huskies Jordan Less, has advanced to the first stage of Korn Ferry Tour Q-School after finishing his college golf career in May.

NIU men’s and women’s golf teams competed in the “ACP CreativIT Shootout” at Rich Harvest Farms, the Huskies’ home course, in Sugar Grove. This was the third event in the Heide Wealth Management Series for the Fall 2020 season.

The event format was two nine-hole events. The events were two-man worst ball on the front nine and two-man scramble on the back nine. The format saw the men’s team partner up with a member of the women’s to make sure the event still kept its individual focus.

In the scramble format, sophomore Luc Warnock and first-year Emily Romancew posted a 4-under 32, recording two eagles without carding a bogey. Warnock and Romancew struggled in worst ball posting a 4-over 40 dropping them to level par overall and a tie for fifth.

Less and partner Vicky McGowan carded a 3-under 33, tallying three birdies in the nine-hole event. Juniors Tommy Dunsire and Sofia Gomez Enriquez Riart also signed cards for a 33, tying them for second place in the scramble.

Less and Mcgowan proceeded to shoot a 1-under 35 in the worst ball side of the format recording two birdies to one bogey giving them a total score of 4-under par in the clubhouse.

Dunsire and Riart stumbled out the gate scoring two bogeys in their first three holes. In total the pair carded three bogeys to two birdies to enter the clubhouse with a 1-over 37 in the format, dropping their 18-hole score to a 2-under 70.

The current standings in the overall fall series sees graduate student Russell Matos in the top position with 24.5 points, Dunsire is in second with 22.5 points and Less rounds out the podium with 17 points.

The team competes next in the Titleist/FootJoy Invitational, which is a traditional stroke play tournament starting Friday Oct. 16 at Crystal Tree Golf and Country Club in Orland Park and concluding on Sunday Oct. 18 at Black Sheep Golf Club in Sugar Grove.