What students need to know about the ‘fair tax’ amendment 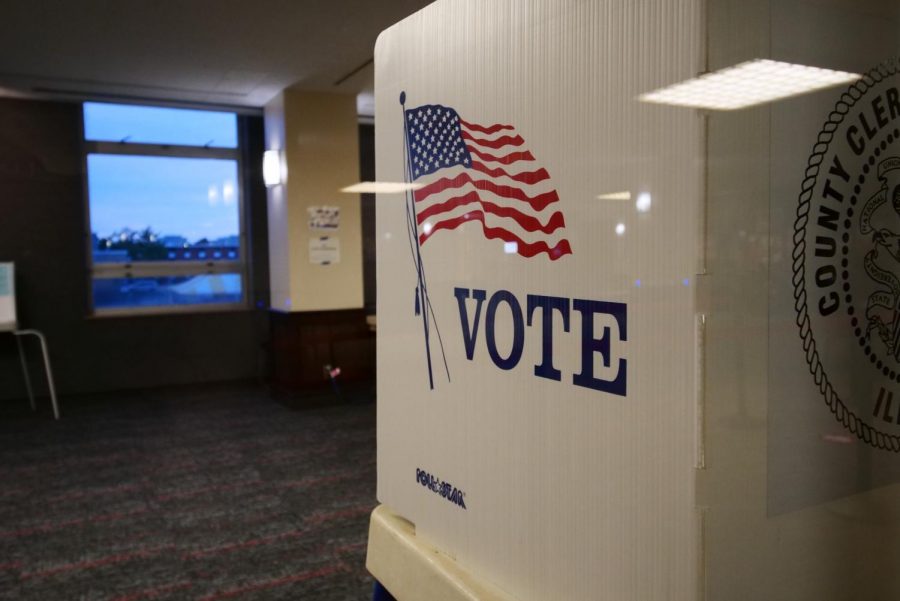 A voting booth in the Holmes Student Center.

DeKALB – On the ballot for the 2020 general election is an amendment to Section 3 of Article IX of the Illinois Constitution, also known as the fair tax amendment. It’s a proposal to make Illinois’ current income tax look more like the federal income tax.

The current flat rate income tax that Illinois has is 4.95%. All residents of Illinois, regardless of income, pay that 4.95% income tax. With the proposed amendment, the income tax rate would change to a range between 4.75% and 7.99% based on a person’s income, according to Ballotpedia.

A key thing to remember is people are only taxed the extra amount as their income increases, Thurmaier said. Thurmaier gave a hypothetical scenario to explain how this progressive income tax would work.

A small change in the rate for higher taxpayers yields a lot more money for the state, Thurmaier said.

“The state can use that money to spend on its highest priority, which is education,” Thurmaier said. “If it’s allocated to higher education, it means that student tuition can be kept from rising. If it’s spent on K-12, it means that property taxes can actually be halted or even reduced because the state will pay more of K-12 education costs.”