A recap of everything athletics from the last week of October 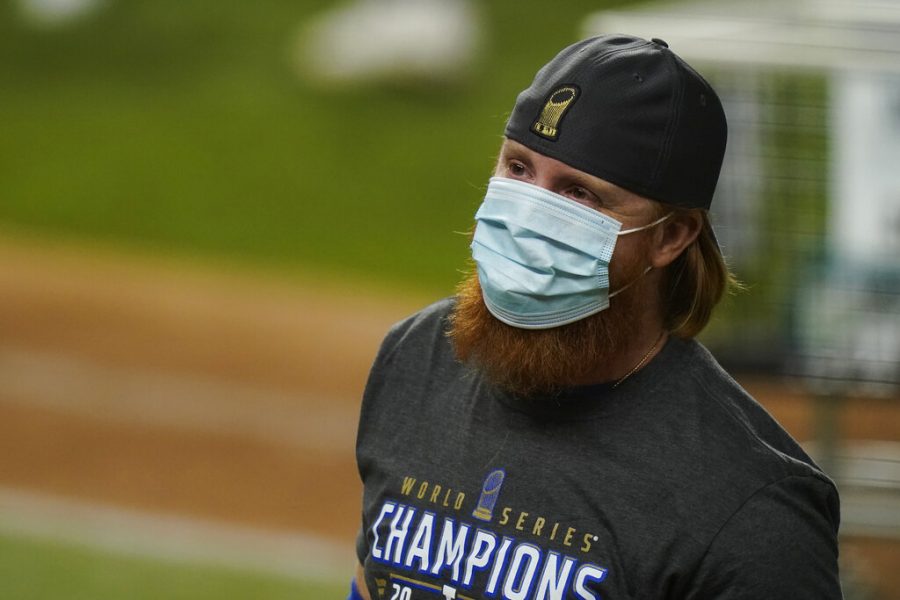 DeKALB —- Whether it was the only remaining undefeated Big 12 team defeated, the Chicago Bears losing in overtime, or the White Sox hiring a new manager, this week in sports had no shortage of action.

With the Mid-American Conference football season starting, Clemson’s junior quarterback Trevor Lawrence being out against Notre Dame, and the Pittsburgh Steelers trying to remain undefeated, this upcoming week in sports is just as exciting.

This is a quick recap of sports throughout the last week of October and what’s to come in the first week of November:

College football had a crazy weekend. Lawrence tested positive for COVID-19 before the Clemson Tigers’ game against the Boston College Eagles Saturday. Redshirt first-year D.J. Uiagalelei came into the game and threw for 342 yards to help Clemson remain undefeated.

The Texas Longhorns upset the undefeated Oklahoma State Cowboys. That loss could end the Big 12 Conference’s chances to make the College Football Playoff.

The Wisconsin Badgers game was canceled against the Nebraska Cornhuskers due to the number of positive COVID-19 tests on the team. Multiple Missouri Tigers and Florida Gators players were ejected at halftime due to a team fight that broke out over a late hit on Florida redshirt senior quarterback Kyle Trask.

In the early games, the Buffalo Bills hung on to beat Cam Newton and the New England Patriots, the Minnesota Vikings upset the Green Bay Packers and the Pittsburgh Steelers beat the Baltimore Ravens and remained undefeated.

In the later games, the Denver Broncos score on the last play to defeat the Los Angeles Chargers, the Seattle Seahawks destroy the San Francisco 49ers. The New Orleans Saints defeated the Chicago Bears in overtime to send the Bears to second place in the NFC North division.

On Sunday Night football, the Philadelphia Eagles defeated the Dallas Cowboys by a large margin. The Cowboys lost both of their quarterbacks and had to go to their third string quarterback, Ben Dinucci, who had 180 passing yards and a fumble as well. The Eagles lead the NFC East with a record of 3 wins, 4 loses and 1 tie.

D’Antoni was Nash’s and Stoudemire’s head coach with the Phoenix Suns from 2004 to 2008, seeing Nash win back-to-back league MVPs under his famed “Seven Seconds or Less” offense. D’Antoni and Nash briefly reunited with the Los Angeles Lakers from 2012 to 2014.

Also on Friday, the Rockets ended their head coach search by hiring Stephen Silas. Silas spent the last two seasons as an assistant coach with the Dallas Mavericks. He is the son of former NBA All-Star and head coach Paul Silas

With the NHL season ending just a month ago with the Tampa Bay Lightning winning the Stanley Cup, the only news this week was the Dallas Stars revealing their electrifying new “Blackout” jerseys Wednesday for next season.

The Los Angeles Dodgers and Tampa Bay Rays have entered self-quarantine Thursday after Dodgers third baseman Justin Turner tested positive during Game 6 of the World Series, according to USA Today. Turner proceeded to celebrate with his team after they won the title, further exposing his team.

The Chicago White Sox hired Tony La Russa Friday to become the new manager. He won a World Series with the Oakland Athletics and two more with the St. Louis Cardinals during his managing career. He returns to the White Sox for next season after being fired by the Sox 34 years ago.

Monday Night football this week puts the Tampa Bay Buccaneers and the New York Giants head to head. It will be a quarterback matchup between veteran star Tom Brady and second-year Daniel Jones.

Some key games for this coming Sunday feature the Seattle Seahawks and the Buffalo Bills, the Baltimore Ravens and the Indianapolis Colts, the Chicago Bears and the Tennessee Titans, and the Sunday Night game between the New Orleans Saints and the Tampa Bay Buccaneers.

The BYU Cougars and the Boise State Broncos, both undefeated, will open up week 10 of college football play on Friday night .

The Michigan Wolverines and the Indiana Hoosiers will play in a top-25 matchup in the Big Ten and the Pac-12 conference will start the season with the Arizona State Sun Devils and the USC Trojans.

The Florida Gators and the Georgia Bulldogs will play in a top-10 Southeastern Conference matchup in the middle of Saturday.

Saturday night’s game will feature the number one Clemson Tigers and the fourth-ranked Notre Dame Fighting Irish. Clemson comes into the game officially without Trevor Lawerence.

This Wednesday the MAC opens conference play. The Eastern Michigan Eagles will play against the Kent State Golden Flashes and the Western Michigan Broncos will play the Akron Zips to open up the night.

NIU will play the Buffalo Bulls in DeKalb at Huskie Stadium on ESPN2. The Ohio Bobcats will play the Central Michigan Chippewas at the same time on ESPN.