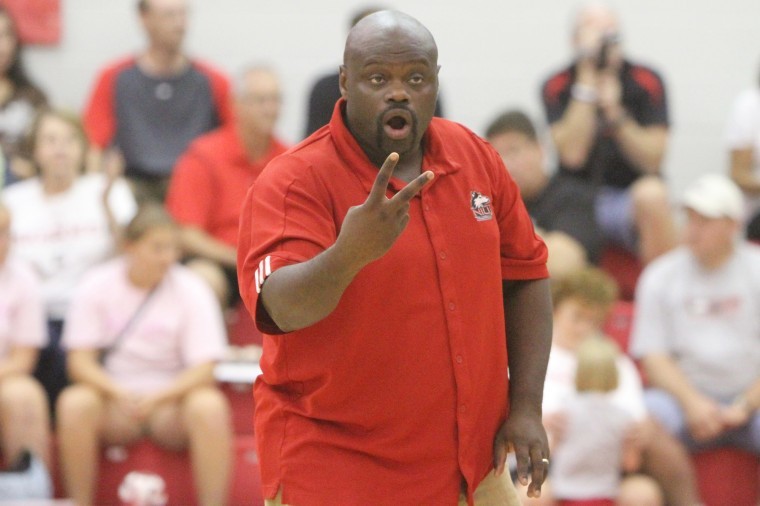 Volleyball coach Ray Gooden works with the team during a match last season.

DeKALB — NIU Athletics announced its 2020-21 volleyball schedule after the season was postponed in August due to the COVID-19 pandemic.

The Huskies will compete in a 22-match conference schedule starting Jan. 22. They will travel to take on the Bowling Green State University Falcons at the Stroh Center for back-to-back matches in Bowling Green, Ohio.

The team’s schedule consists of 11 home matches, the first being 6 p.m. Jan. 28 against the University of Toledo Rockets. The Rockets will square off against the Huskies again the following evening.

All matches are set to take place between Thursdays and Saturdays, excluding the team’s matches against Western Michigan, which are scheduled for Tuesdays. All matches take place on back-to-back days limiting extra travel during the season.

The Mid-American Conference tournament will take place April 2-3. The host site will be determined based on the regular-season champion.

NIU will not have fans present during home matches for the 20-21 season due to the COVID-19 Pandemic. Last season, the Huskies finished with an overall record of 8-22 and 5-11 in conference play.