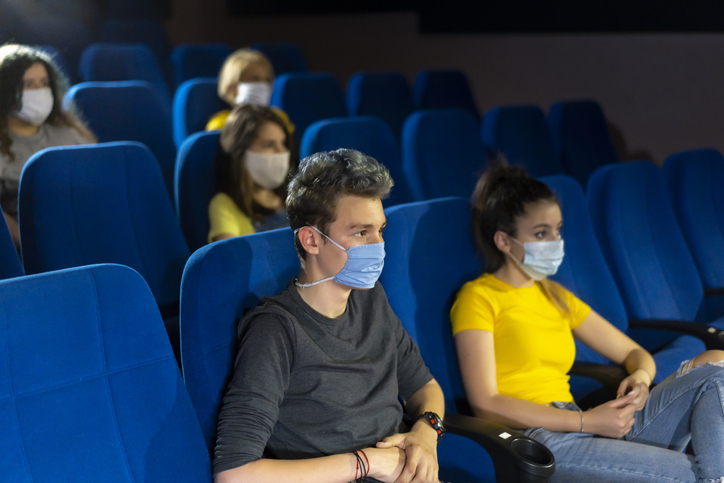 While 2020 has completely changed the way films are viewed, many great films have come out this year including “The Gentlemen,” “Da 5 Bloods” and “Tenet.” Now, after six years since his last film, “Gone Girl,” and extended television work, director David Fincher has returned with his latest masterpiece “Mank,” a Netflix Original film released Dec. 4. It is a captivating character study about a classic era of film.

Set in 1940, the film tells the story of Herman “Mank” J. Manckewicz, played by Gary Oldman. He is a washed-up, alcoholic screenwriter who has been tasked by the legendary Orson Welles, played by Tom Burke, with writing the screenplay for the greatest film ever made: “Citizen Kane.” During this process, he is being nursed from injuries sustained in a car accident while also trying to treat his alcoholism.

The narrative flashes back to the previous decade in Hollywood, detailing Mank’s growing contempt for the studio system, as well as his friendship with media mogul William Randolph Hearst, played by Charles Dance, and his mistress Marion Davies, played by Amanda Seyfried. Hearst and Davies are the basis for the main characters of “Citizen Kane.”

As always, Oldman’s performance is incredible and, despite having a recognizable face and a legendary catalogue of acting roles, he escapes into the skin of Mank. In a lesser film, Mank would have been a pathetic failure, who has to learn to fight his dependence on “the sauce” to be a good writer but, like the titular character of “Citizen Kane,” the film paints a deeply human picture of Mank with a lot of enthusiasm for his writing and several flaws including his crippling dependence.

Dance and Seyfried also bring a level of sophistication to the film by portraying one of the most famous couples in media history. The most interesting thing is they aren’t together on screen that much.Mank talks to them separately and gets an understanding of how they see themselves, much like Thompson, the reporter in “Citizen Kane.”

The film can best be described as a look into the process of screenwriting as, throughout the film, Mank constantly thinks back to his past for inspiration, showing just how much of the film he would write is based in fact.

“Mank” feels like a film of the 1940s, including being shot on film, having lots of grain in the print, having “Cigarette Burns” on a few frames and a fantastic score by Trent Reznor and Atticus Ross — all of which make the viewer feel transported.

Like Spike Lee in “Da 5 Bloods” and Christopher Nolan in “Tenet,” what makes “Mank” so engrossing is how much Fincher’s direction and passion is on full display. Some films feel like they are by-products of whatever is popular by some contrived studio, but this film feels like one person’s gifted vision is shining through.

Part of this passion comes from the fact that Fincher has such a love for film history and that his father, Jack Fincher, who wrote the screenplay in the 1990s before dying of cancer in 2003, making this a father/son collaboration like no other in the film industry.

The only flaw of “Mank” is how, unless someone is aware of “Citizen Kane” and has seen the film, viewers may not fully appreciate its story. Cinephiles, film critics and scholars all have probably seen “Citizen Kane” many times, no doubt having to dissect it in film school. However, the average person, especially younger generations, may not have seen what many call the greatest film of all time perhaps out of a fear for any film older than the 1970s and not in color.

“Mank” is practically gift-wrapped for film lovers with a rich narrative, well-crafted filmmaking and actors who are larger than life. And, while inaccessible to some, “Mank” is a film worthy of unwrapping and seeing.