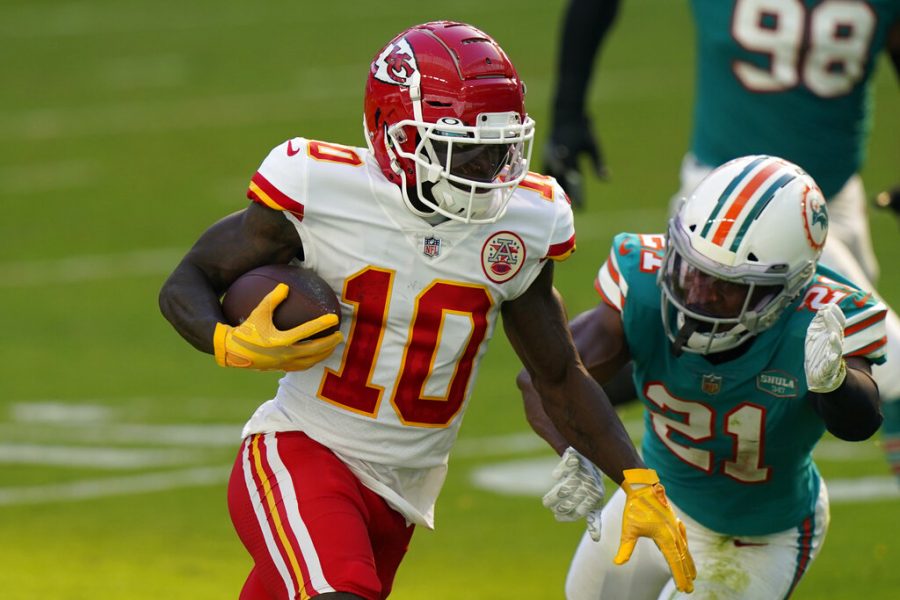 DeKALB — Whether it was the University of Florida being upset, Liangelo Ball getting waived by the Detroit Pistons or Auburn University Head Coach Gus Malzahn getting fired, this week has been jam-packed with sporting news.

The NBA returned to play Friday with its preseason. New Houston Rockets point guard John Wall returned, whose last game was on Dec. 26, 2018. His return reunited him with new Rockets center DeMarcus Cousins.The pair were teammates at the University of Kentucky for the 2009-10 NCAA season. Cousins missed all of last season with a torn ACL.

On Thursday Night Football, the Los Angeles Rams defeated the New England Patriots. The Rams lead the NFC West with a record at nine wins and four losses.

On Sunday, Chicago Bears defeated the Houston Texans in a blow out win. It was their first win in seven games. The Kansas City Chiefs defeated the Miami Dolphins and now lead the AFC standings. And the Washington Football Team defeated the San Francisco 49ers.

On Sunday Night Football, the Buffalo Bills defeated the Pittsburgh Steelers. The Steelers have now lost two games in a row and are second in the AFC standings.

Over five games were cancelled this weekend, but the biggest game that was cancelled was “The Game” between the University of Michigan and fourth-ranked Ohio State University.

The Huskies remain winless with another loss to Eastern Michigan University. Huskies quarterback redshirt senior Ross Bowers’ 221 yards passing was not enough to get the Huskies the win.

The University at Buffalo got their fifth win of the season and remained undefeated, beating the University of Akron 56-7.

The Huskies men’s basketball lost to Ball State University in overtime Tuesday. They also fell to the third-ranked University of Iowa Sunday. The Huskies remain winless through five games.

The Huskies women’s basketball team lost to the University of Toledo by three points Thursday. They also lost to Bradley University by eight points Sunday. Those two losses bring their record to 2-3 on the season.

Next week in college football, conference championship games will begin.

The biggest game of the upcoming week for college basketball is the third-ranked Iowa against the top-ranked Gonzaga University Saturday.

The Huskies men’s basketball game against Southern Illinois University–Evansville has been cancelled due to positive COVID-19 tests in the Cougars’ program.

The Huskies will play next against Chicago State University 6 p.m. Friday at the NIU Convocation Center in DeKalb. The game will be televised on ESPN3.

Women’s basketball will play Ohio University 6 p.m. Wednesday in DeKalb. The game will be broadcasted on ESPN3. They will also play at 2 p.m. Sunday against Michigan State University in East Lansing, Michigan.