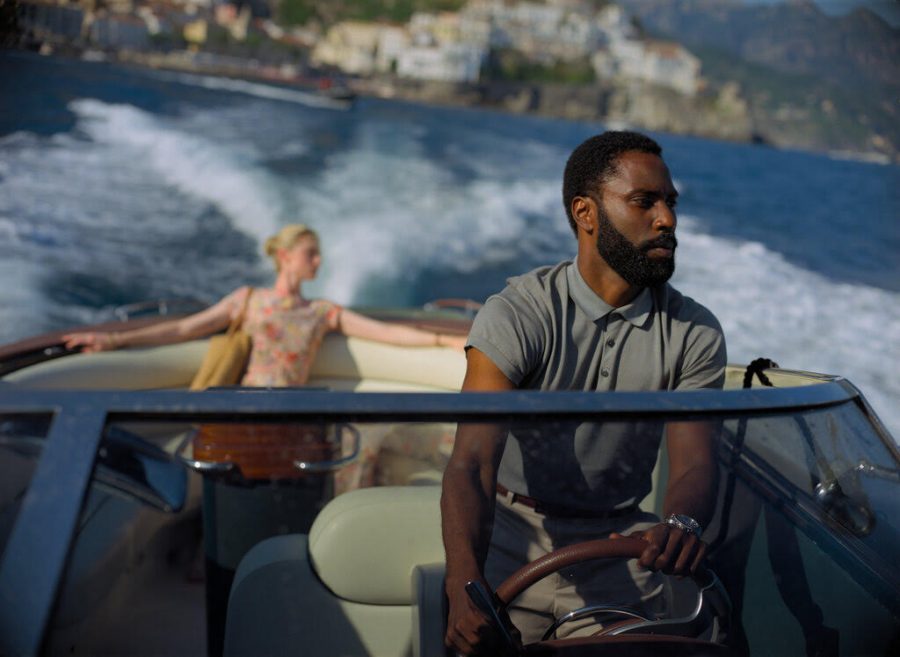 “Swallow” follows a newly pregnant housewife Hunter, played by spectacular Haley Bennett, as she finds an obsession with swallowing small objects. “Swallow” never treads as a disturbing film but it is highly uncomfortable watching Hunter consume extremely dangerous objects. Director and writer Carlo Mirabella-Davis adds some interesting wrinkles into the mix, like issues with self-identity and realizing your family is much more toxic than they’ve been letting on. The film is all accompanied by a remarkable color palette that makes the experience  of “Swallow” much more immersive.

“Possessor” is a brutal and graphic film that will make anybody’s skin crawl. Tasya Vos, played by Andrea Riseborough, is tasked with inhabiting Colin Tate’s body, played by Christopher Abbott, to assassinate his future wife’s father, played by Sean Bean, who is the head of a huge corporation. .

Son of legendary horror icon David Cronenberg, director and writer Brandon Cronenberg provides it all: disturbing body transformations, grotesque kills and a cleverly woven narrative. With outstanding performances from Riseborough and Abbott attached, “Possessor” is a staple in the current state of body horror.

Arguably the most important film of 2020, director and writer Spike Lee comes through with another timely and breathtaking film about Vietnam vets venturing back to Vietnam to recover their fallen friend’s remains.

In typical Lee fashion, he constructs a narrative full of commentary on race relations and social injustices and especially the injustices black males experienced during the Vietnam war. “Da 5 Bloods” leaves viewers thinking about the film for months on end, and not only because of Lee’s brilliance but  because of the masterful performances by Delroy Lindo as Paul, Jonathan Majors as David, Clarke Peters as Otis and Chadwick Boseman as Stormin’ Norman.

No movie in 2020 is as funny as Guy Ritchie’s “The Gentlemen.” American expat Michael Pearson, played by Matthew McConaughey, is trying to sell his marijuana empire in London, as this business deal sets off several conflicting plots of blackmail and gang wars.

There isn’t one weak spot in the cast list. McConaughey, Charlie Hunnam as Ray, Michelle Dockery as Rosalind Pearson, Colin Farrell as Coach, Hugh Grant as Fletcher and Henry Golding as Dry Eye are all on top of their game here. It’s for those reasons that “The Gentlemen” is one of the most rewatchable movies of 2020.

Christopher Nolan’s “Tenet” might be a controversial top pick as “Tenet” is arguably Nolan’s most divisive film yet, but all of the moving pieces come together to create a film that oozes a filmmaking masterpiece.

The film follows a nameless CIA agent, played by John David Washington, who is tasked with preventing World War III through time manipulation. Time manipulation is a huge aspect in “Tenet” and Nolan masters it through a wall-layered and complex narrative, beautiful set pieces and over the top and mind blowing stunts.

Unforgettable additions to “Tenet” was the infectious score from composer Ludwig Göransson, the immaculate cinematography from cinematographer Hoyte Van Hoytema and the two stellar and charismatic  performances from David Washington and Robert Pattinson as Neil. All together make yet another masterpiece from Nolan that reigns supreme in the year of 2020.

‘Birds of Prey (and the Fantabulous Emancipation of One Harley Quinn)’

‘The Wolf of Snow Hollow’