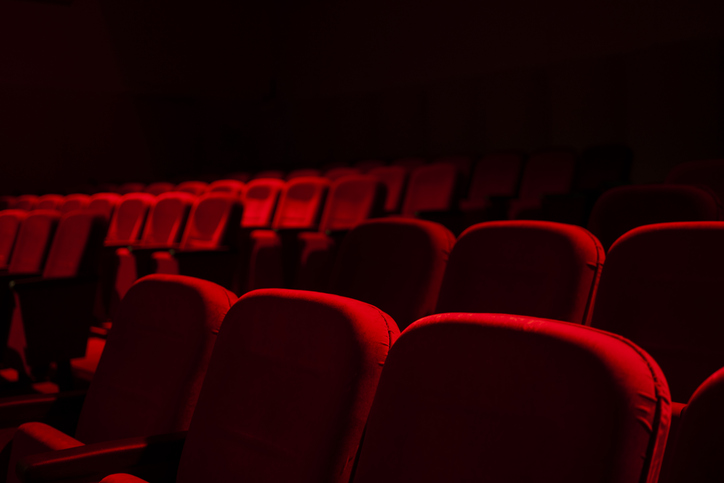 The “awards season” of films has begun with several quality films, all competing for Oscars and praise, being released during November and December including “The Trial of The Chicago Seven,” “On The Rocks” and “Mank.” While many of these films have garnered acclaim and buzz about possible awards, “Ma Rainey’s Black Bottom,” recently released on Netflix, will definitely join the conversation of 2020’s finest films.

Based on August Wilson’s Tony Award winning play, the film tells a fictional story starring real-life “Mother of the Blues” Ma Rainey, played by Viola Davis, as she and her band record songs on a sweltering summer day in 1927 in Chicago.

During the course of the recording session, tensions run high between the band of black artists and the white producers with Ma’s persona clashing with her hard-headed trumpeter Levee, played by Chadwick Boseman. As the clashes grow bigger, the band relieves their personal demons as well as display their struggles of being Black in America.

To say that this film is remarkable would be a gross understatement, as this film has such a liveliness to it that makes it a perfect representation of 1920’s music. The film’s dialogue can be fast-paced but then rapidly slows down when the subject changes from how a song should be played to a character’s backstory.

The acting of this film is on-point with Davis, as always, making the material her own and transforming into the character of Ma Rainey. Everytime she walks into a room, she has an aura that commands respect and attention. She is not only the mother of the blues, she is the queen, and when her leadership is challenged, she holds nothing back.

Levee often challenges Ma. He wishes to play songs that resemble jazz more than blues, and dreams of having his own band. Writing his own songs and working to become more popular than contemporaries like Mississippi John Hurt, Bessie Smith or even Ma Rainey herself. However, behind Levee is a dark past and in front of him is a bleak future plagued by few opportunities and racism.

While several actors in the film, notably Davis, will be praised for their roles, Boseman will be singled out for his incredible portrayal of Levee. Not only because it’s one of his finest performances, but sadly the late actor tragically succumbed after a four year battle with colon cancer in August, making this his last performance in a feature film“Ma Rainey’s Black Bottom” was dedicated to him.

Boseman delivers an incredible range, as Levee goes from happy-go-lucky and joking with the musicians to anger-fueled sadness when he rages with a switchblade in a manner that would make both James Dean in “Rebel Without a Cause” and Marlon Brando in “A Streetcar Named Desire” surrender.

His dedication to the craft is remarkable as he actually learned to play the trumpet for his role. Four months after his death, viewing this film will bring sadness at the truth that film will never see such riveting performances like Jackie Robinson in “42,” Stormin’ Norman in “Da 5 Bloods,” T’Challa in “Black Panther” or Levee ever again.

Adapting this play could have proven troublesome given the reliance on dialogue and the single setting of the play. However, director George C. Wolfe takes August Wilson’s story and adds a cinematic scale to it, including inserting a live performance of the band to an audience of working class Black people to show the world these musicians inhabit. Also included are shots of Black Americans working in factories, hotels and restaurants. This details how, despite moving out of the Deep South during the Great Migration, the opportunities they had weren’t much better.

The film is also gorgeously shot with every frame dripping with both atmosphere and sweat. While the play is set in the winter, the film is set during the summer to the heat of Chicago. Characters are sweating, the sun is blazing and Ma has to have Coca-Colas or else she won’t sing.  The diegetic music the characters play and the film’s score, composed by musician Branford Masalis,  bring out the world of the 1920s.

“Ma Rainey’s Black Bottom,” like most of August Wilson’s writings, is very relevant with 2020 shining a light on racial injustice following George Floyd’s murder and a reexamination of injustice against Black Americans over the course of American history. Not only does the film show racial prejudice and trauma, but it also depicts how Black artists were exploited for their talent, squeezed of all their talent and left out to dry.

The film is the second of August Wilson’s plays to be adapted to film thanks to Denzel Washington who produced the film as well as directed, produced and starred in 2016’s “Fences.” It is the hope of Washington to adapt more of Wilson’s work and, based on “Ma Rainey’s Black Bottom,” these upcoming adaptations can’t come soon enough.