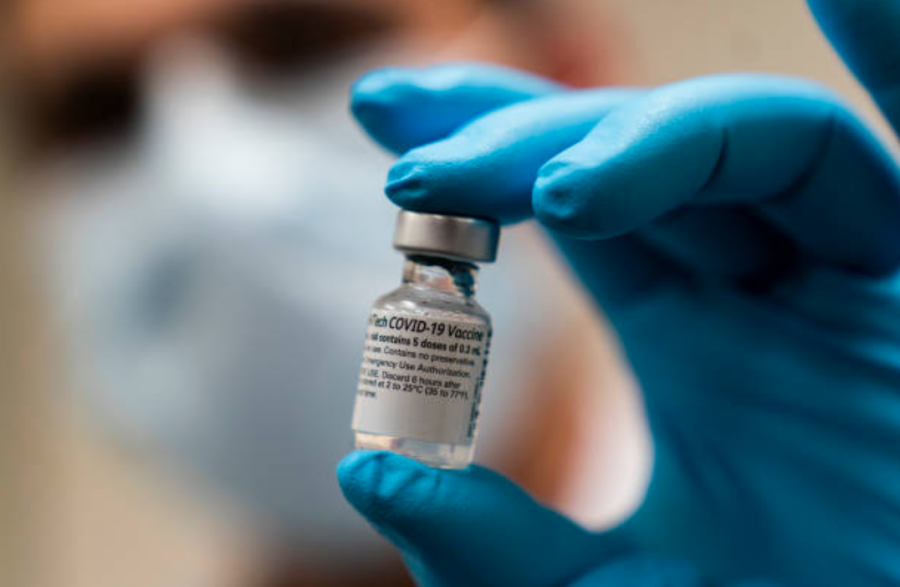 A doctor holds a vaccine vial in their gloved hand.

The county received 800 doses for local hospital healthcare personnel as one of the first priority groups, according to the release. Of the 800 vaccines received, 100 doses were received from the Illinois Department of Public Health, and 700 doses were transferred from another local health department.

The initial allocation for DeKalb County are 100 vaccines allotted by IDPH per week. It is anticipated this number will increase as production of the vaccine increases.

Vaccines for long-term care facilities in DeKalb County may arrive as early as next week, according to the news release.

Additional shipments of the vaccine are expected to arrive on a weekly basis, but DeKalb County doesn’t currently have a registration site for vaccines, according to the news release.

It’s anticipated that Phase 1a will take a few months to complete vaccination efforts and the timeline will depend on the future vaccine allotment for the county, according to the news release.

In preparation for future populations eligible for the COVID-19 vaccine, the health department is working with IDPH to implement a state-wide vaccine registration and scheduling tool.