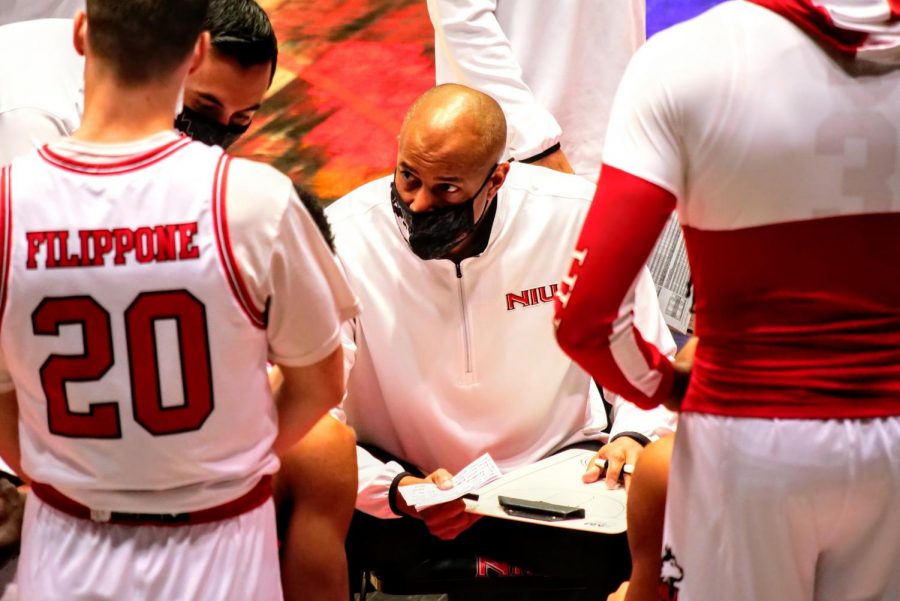 The decision for the university and Montgomery to part ways comes after the Montgomery-led Huskies struggled to a 1-7 start to the season, including a 68-42 loss to Bowling Green State University Saturday.

NIU Athletic Director Sean Frazier said in a Sunday NIU Athletics news release that a national search will commence to find the next head coach to lead the program.

“We thank Coach Montgomery for his commitment to NIU and his efforts to advance NIU men’s basketball over the last 10 seasons,” Frazier said in the news release. “We wish him the best in the future. We will be meticulous and efficient in finding the best person and coach to lead the Huskie men’s basketball program going forward.”

Lamar Chapman has been named the interim head coach for the remainder of the 2020-21 season. The interim position will be Chapman’s first time as a head coach at the college level, previously holding assistant positions at Stony Brook University, the University of Toledo and Central Michigan University.

Montgomery is the longest-tenured coach in program history for games coached, coaching 294 games over 10 years to a final record of 124-170. He finishes second on the program’s all-time coaching wins list behind only former NIU Head Coach John McDougal.

Montgomery led NIU to a co-West Division Regular Season championship in the Mid-American Conference last season. Prior to that, the Huskies best regular season finish under Montgomery was a tie for third in the 2015-16 season.