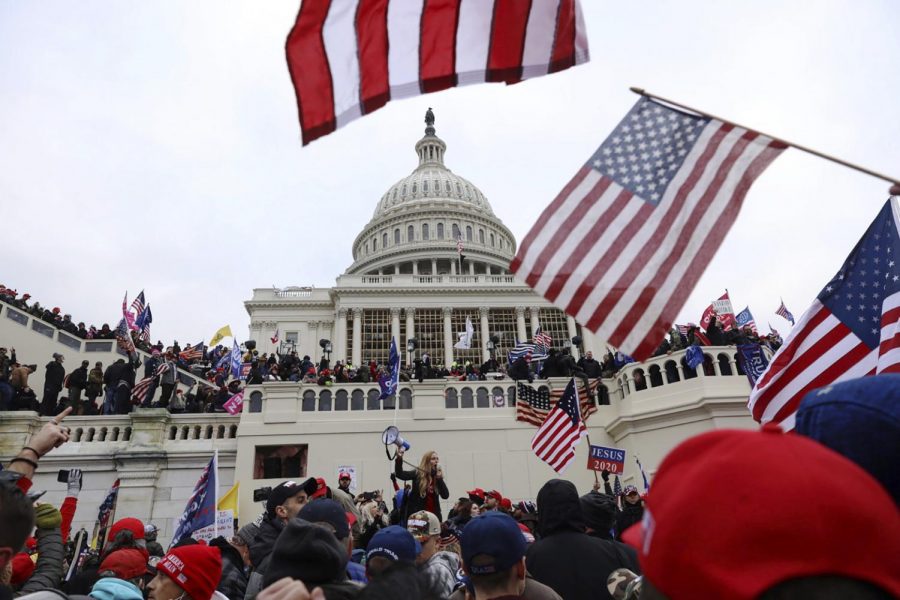 DeKALB – Mayor Jerry Smith and university professors are condemning the mob of President Donald Trump supporters that stormed the U.S. Capitol Wednesday in hopes of stopping the count of electoral votes.

Police evacuated lawmakers from the U.S. Capitol as the House and Senate debated the election results to confirm President-elect Joseph Biden. Images posted on social media showed scenes of rioters fighting with the police to get into the Capitol.

Simón Weffer, associate professor of sociology and director of undergraduate studies, said the storming of the Capitol is the exact opposite of a peaceful transition of power.

“Honestly, it’s pretty insane,” Weffer said. “Needless to say, this is the first in U.S. history — where we’ve never had rioters, and I think it’s fair to say insurrectionists and seditionists, enter the halls of Congress.”

Weffer said the response from law enforcement is a stark contrast from when Black Lives Matter supporters started protesting in May after the homicide of George Floyd.

“Why do we meet certain protests with such violence and force and others without any?” Weffer said.

As Smith watched the news, he said Americans were conducting the antithesis of what democracy is about, in the name of what they consider a “conspiracy” and a “rigged election.”

“Anarchy is not democracy,” Smith said.

As the mayor, Smith said he doesn’t believe any citizens in DeKalb would endorse the anarchy that was exhibited today.

Smith is currently in the process of preparing his state of the city address, set to take place at the City Council meeting at 6 p.m. Monday at the DeKalb Public Library, which will also be available on Zoom. Whether he will address the event or not is something he said he will have to think about.

“Here I am preparing [the address] today, as I watch what I thought would be the certification of a legitimate election, but what I see before me is anarchy,” Smith said.

“I don’t know that very much shocks me anymore, but I’m certainly disappointed and concerned,” Pickerill said. “It’s one thing to be following procedures in Congress and objecting to certain states’ certification of electors, although that seemed pointless and unlikely to do anything, it was within the rules and it was within the law.”

Pickerill said that if law enforcement will act as soon as things are deemed safe by the Capitol Police, then he would expect Congress to resume the proceedings to confirm Biden as the President-elect.

“It’s really difficult to predict these things, so it’s hard to know what’s going on in the heads of members of Congress,” Pickerill said.  “The reporting I’ve seen is some Republican members who support President Trump are blaming the media, but I’ve heard quotes from others who have been critical of the protesters.”

Weffer said the events that took place Wednesday look like those in some developing countries, where democracy and its institutions aren’t strong, and leaders think that mob rule can push back against them.

“This isn’t supposed to happen here, our institutions are supposed to be stronger, and maybe they’re not,” Weffer said.