Smith addresses COVID-19, social justice in State of the City 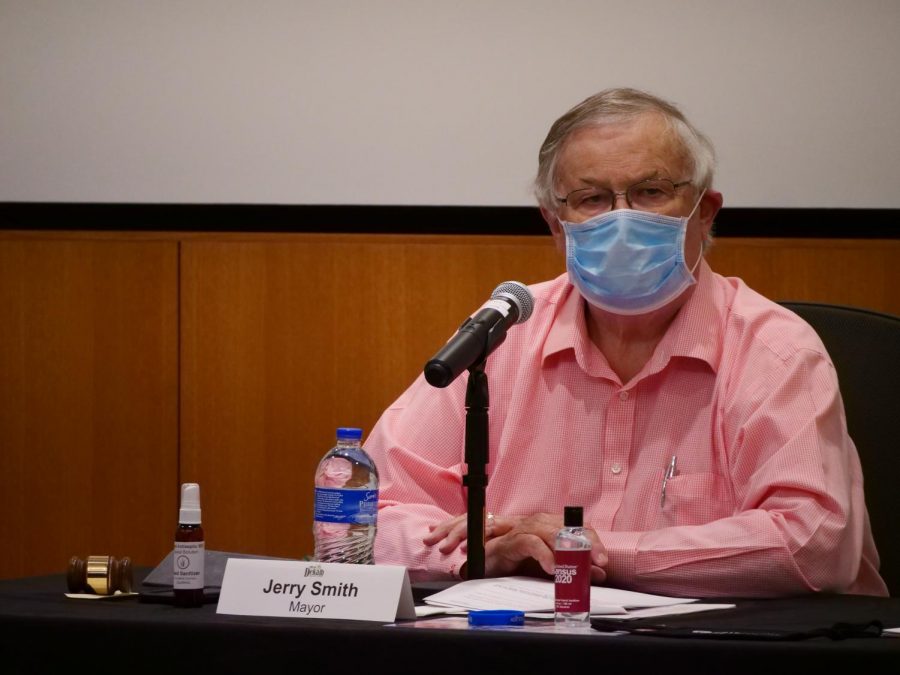 DeKALB – Mayor Jerry Smith reflected on the “great momentum” building in DeKalb at his last State of the City address Monday following a year of COVID-19, social justice reform and economic development.

“I’d like to report that the state of our city is good,” Smith said. “We certainly have challenges, especially in the public safety and the housing arenas, but the momentum is evident. I know it. I feel it.”

During Smith’s annual State of the City address, he reflected on how COVID-19 has impacted the community, social justice efforts being implemented in DeKalb and economic development projects such as the incoming Facebook data center.

Smith said he’s impressed with how local businesses have pivoted, and how they’ve managed to operate under the extreme COVID-19 limitations placed on the businesses.

“Every day we’ve been trying to balance the health risks with the economic impacts,” Smith said. “Schools and parents struggle with how and where to educate our kids, our small businesses are the heart of our community, and they’ve been very very hit hard by this pandemic.”

Smith also talked about the reconfiguration of the police department in response to local activists calling for police reform in DeKalb.

“Through many more meetings at the City Council, at the Human Relations Commission, we took up the challenge of implementing procedural justice with greater transparency, accountability, with an honest recognition of the past and present biases that we may have,” Smith said.

Smith said the reconfiguration of the police department will reallocate $2.2 million to help the city better focus on community engagement, crime-free housing and behavioral health.

The “great momentum” building in DeKalb is due to the strides the city has taken in the past year in terms of economic development, Smith said. The announcement of companies such as Ferrara and Facebook coming to DeKalb brings a $1.3 billion investment to the city.

“Those are major bucks, but let’s not forget about the investments that continue to be made in downtown DeKalb, in areas along Sycamore Road,” Smith said.

“As the City of DeKalb continues its momentum, this momentum that’s now in our grasp, this momentum includes the continuing effort of folks working on our Annie Glidden North revitalization,” Smith said. “Now that we’ve torn down Campus Cinema and 912 Edgebrook, added $650,000 in funding for fiber optics, lighting and other human service assistance, and most recently, we created the special services area in that Hunter Ridgebrook area.”