That time I … fell off a waterfall 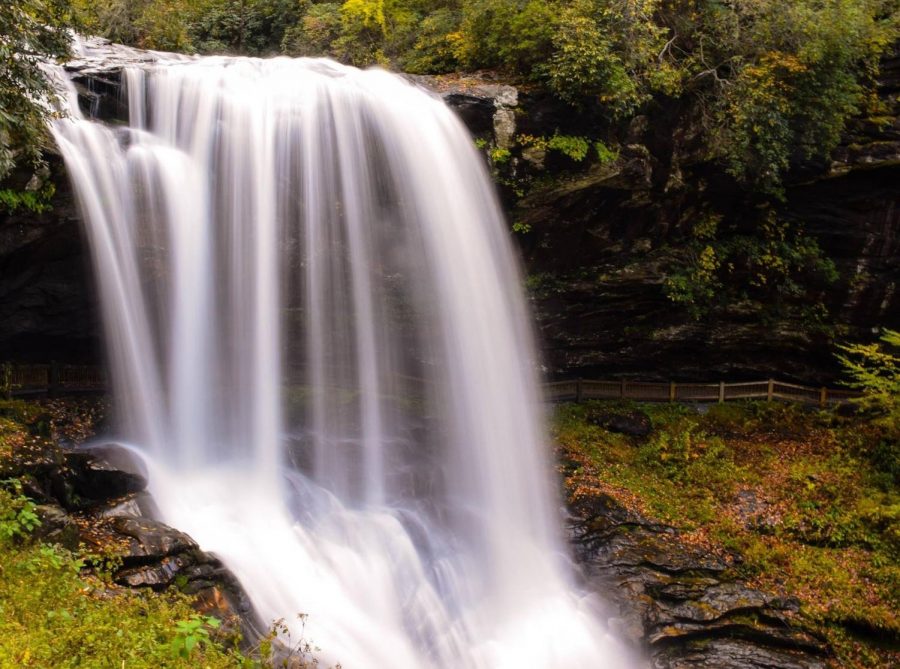 [No photo of Jackson Falls available]

A few spring breaks ago, I went with my Boy Scout troop to the Shawnee National Forest Preserve in Herod. We spent about 5 days there hiking and visiting the beautiful natural sights in the area.

About halfway through the trip, we went to visit Jackson Falls, which is a short waterfall that flows into a small basin. You can hike into the basin because there’s a trail that leads down to it, starting at the top of Jackson Falls. The plan for the day was to see the top of the falls and hike down to the basin that’s about 20 to 30 feet below. Getting to the basin was supposed to take a mile or so of hiking. I took a shortcut.

I went to the edge of the waterfall and leaned over. Then, I lost my footing and plummeted into the water.

Getting out of the water felt like I had just woken up from a bad dream. I was pretty disoriented, and all I knew was that I had to swim out of there. When I got out of the water, I finally realized what had just happened. Luckily, I ran into some climbers that were down there too. (I later found out their dog had fallen down there just like I had.) They were very friendly and gave me a granola bar and let me borrow one of their jackets.

After half an hour or so of figuring out their climbing gear didn’t fit me, I noticed my Scoutmaster had run down the makeshift “trail” into the basin to come get me. I got up, and it seemed the adrenaline had worn off because my leg hurt like hell. I had to hike half a mile feeling the most intense pain I’d ever felt. It sucked.

It felt so long and painful, and we even had to double back once because we passed our turn to get to the exit. When we got to the exit area, things were much better. Not because it was easier; no, the terrain was like tall, narrow stairs wedged tightly between two rocks, but I had additional help. An older couple that was there helped me out of there. Every step, they lent me their hands, making the pressure on my bad leg so much less intense. It only took a few minutes to get from the bottom to the top of the exit.

After my Scoutmaster and I waved the couple goodbye, we began the half-mile hike back to the car. But as another stroke of luck, we nearly immediately ran into someone who was driving down the road. He saw the state we were in and offered us a ride back to our car.

The rest of the hiking trip went well. Even though it hurt, I still wanted to be independent, so I continued to hike with the troop. It took two weeks for the injury to start feeling normal again, but I don’t regret any of that trip. What stands out to me is how many people were willing to help when I was in need. I didn’t know any of these people, and they were all willing to spend their time on me.

I think, given our current isolation and political landscape, it is important to remember that people are still kind.