Film review: ‘One Night in Miami’ 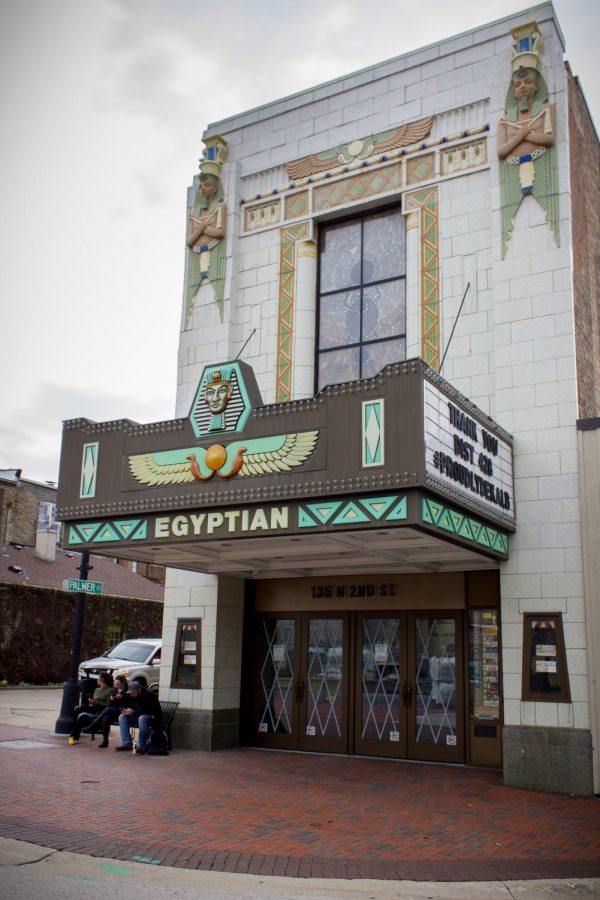 With the lack of theaters to screen films, streaming services have been competing with each other to become the premium provider of new films. “One Night in Miami…,” the latest film to drop on Amazon Prime Video, is a captivating film with timeless dialogue depicting four of America’s biggest icons and the perfect film to watch as a new wave of political activism sweeps America.

Taking place on Feb. 24, 1964, the film tells a fictional story about boxer Muhammad Ali, then known as Cassius Clay, musician Sam Cooke, football player Jim Brown and civil rights activist Malcolm X, played by Eli Goree, Leslie Odom Jr., Aldis Hodge and Kingsley Ben-Adir respectively. After Ali wins a monumental fight, the four of them meet in a hotel room where they discuss their experiences and the state of being black in America.

Despite films like “Da 5 Bloods” and “Ma Rainey’s Black Bottom” being made before the homicide of George Floyd and subsequent worldwide protests calling for an end to racial injustice, these films all feel timely due to them detailing the experience of Black Americans and “One Night in Miami…” is no different.

Like “Ma Rainey’s Black Bottom,” the film is an adaptation of a play and, as such, the majority of this film rests on the actors and the dialogue, which are both excellent. All four of the leading men have to fill big shoes as some of the most iconic figures of the 1960s and each actor adds something different to the film.

Brown definitely is the most subdued of the four as he spends most of the film contemplating whether he should stay in the NFL or work as an actor in films. One of the most effective scenes in the film shows how, despite setting the record for rushing yards and touchdowns and having just won the Cleveland Browns an NFL Championship, Brown still faces discrimination. This leads him to wonder how playing football is helping Black Americans.

Of the four, Cooke certainly goes through the most evolution as, despite being a successful artist with a beautiful voice, his songs lack any kind of social message that was championed by artists like Bob Dylan. This causes ire between Cooke and X.

Odom Jr. may be best known to audiences as the winner of a Tony for Best Actor in “Hamilton” which gained more popularity after the concert film of a 2016 Broadway show with the original cast was released on Disney+. He not only plays Cooke well but even contributes covers of several Cooke songs to the film’s soundtrack which makes his casting all the more perfect.

The biggest weight falls upon Goree and Ben-Adir who not only are portraying Ali and X respectively, but who are playing roles who were previously played in biopics by Will Smith and Denzel Washington, who both were nominated for the Academy Award for Best Actor. Goree and Ben-Aidr both make these roles their own and bring their struggles to the forefront of their performances.

Goree absolutely emcompasses Ali’s boasting personality and packs the wallop that made Ali famous. With Malcolm X, he had been considering leaving The Nation of Islam which he feels has become too radical and violent. Throughout the film, he looks weary because of all the hardship he has suffered and the weight of upcoming trials. It’s as though, subconsciously, X is aware that he will soon become a martyr and he has accepted his place in history.

“One Night in Miami…” is the directorial debut of Oscar and Emmy winning actor Regina King, of “If Beale Street Could Talk,” “Watchmen” and “American Crime,” and she will no doubt receive praise for her work as she should. This is a well-crafted film that, despite being an adaptation of a play, feels cinematic and King’s vision is at the heart of it.

After the 1990s gave us outstanding black directors like Spike Lee and John Singleton, a new generation of black filmmakers has arisen in the last decade with Ryan Coogler, Ava Duvernay and Jordan Peele all changing the face of cinema and King deserves a place alongside these directors. While she is a fantastic actor, Regina King should helm more projects in the future.

Kemp Powers, the original writer of the play, wrote the screenplay and his dialogue is just as captivating on screen as it is on the stage. While film has given viewers extraordinary action and monumental achievements in spectacle, sometimes all a good film needs are strong words and powerful actors to read them, both of which this film has in spades.

The main characters of the film all have their own experiences with both success and discrimination which have given the four of them different ways of viewing the world and the Civil Rights Movement. As such, when Malcolm X brings them together, they fight, they laugh and they all realize the power that they have to inspire change.

Spike Lee collaborator Terrence Blanchard, whose recent work includes the Oscar-nominated score for “BlacKkKlansman” and “Da 5 Bloods,” brings to the film an incredible score that mixes themes of the time period with a sense of elegance. Add this to a production design that brings 1964 to life and great songs courtesy of Leslie Odom Jr., the resulting film is absolutely mesmerising.

“One Night In Miami…” is a truly outstanding directorial debut from Regina King and an interesting look behind four black icons. Although the film is fictional, the four’s struggles are all real and still hold relevance to this day which makes this film one that all Prime Video subscribers should be watching.