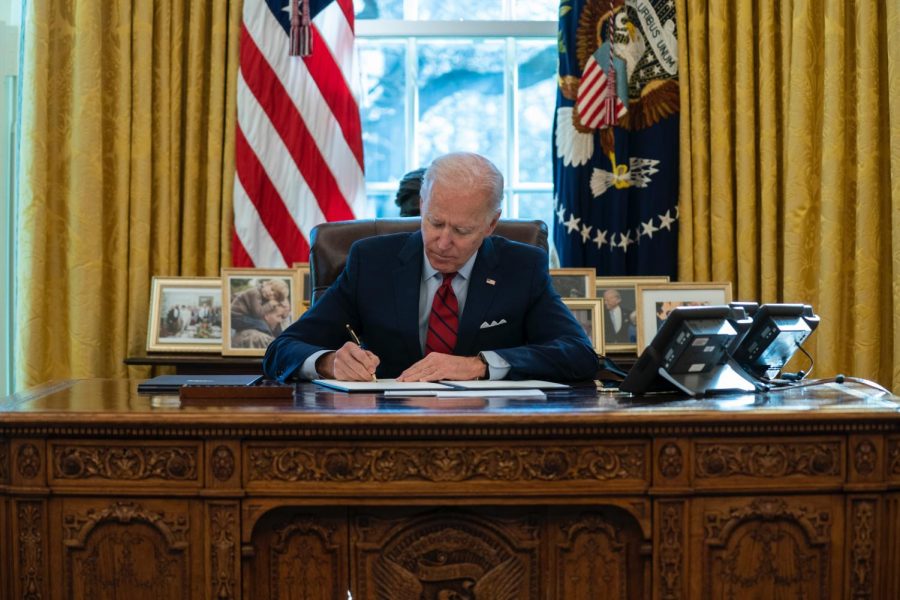 President Joseph Biden set the tone for this administration in taking various actions as soon as his first day in office.

His activity includes reuniting with the World Health Organization, or WHO, re-signing the Paris Climate Agreement and his continuous rollout of executive orders, with more expected to follow.

Biden’s executive orders have reflected his concern of the pandemic and strive for racial and social economic equality. The orders include mask mandates and additional COVID-19 safety measures to protect schools and the public.

Some of the highlights from the complete and updated Presidential Actions list include:

•Revoking the permit for the Keystone XL pipeline and energy leasing in the Arctic Wildlife Refuge.

•Revoking the orders which dismiss undocumented immigrants from the census.

•Eliminating the use of private prisons.

Political science professor Artemus Ward said the executive orders have been increasingly used by presidents in the recent decades, and that is because it has become increasingly difficult to pass legislation.

Actions like executive orders can be seen as reliable methods for Biden to deliver to his constituents, as well as implement the law as he modifies Federal Rules and agreements to do so.

The expansion of the president’s powers can be seen demonstrated by both Democratic and Republican parties alike. Ward said it’s “an institutional issue, not a partisan one.”

“It’s kind of an end run around the legislative process to some extent,” Ward said. “Congress can pass a law and undo any presidential order.”

He also said presidential orders are always subject to being overturned by Congress and simple majority votes.

Although this demonstration of unilateral power yields victories for some, we must be reminded the power ultimately resides with Congress. Ward stressed the importance of this, saying it’s “just a question” of whether Congress decides to wield it, or whether they can wield it due to the division in Congress.