What I watched in January 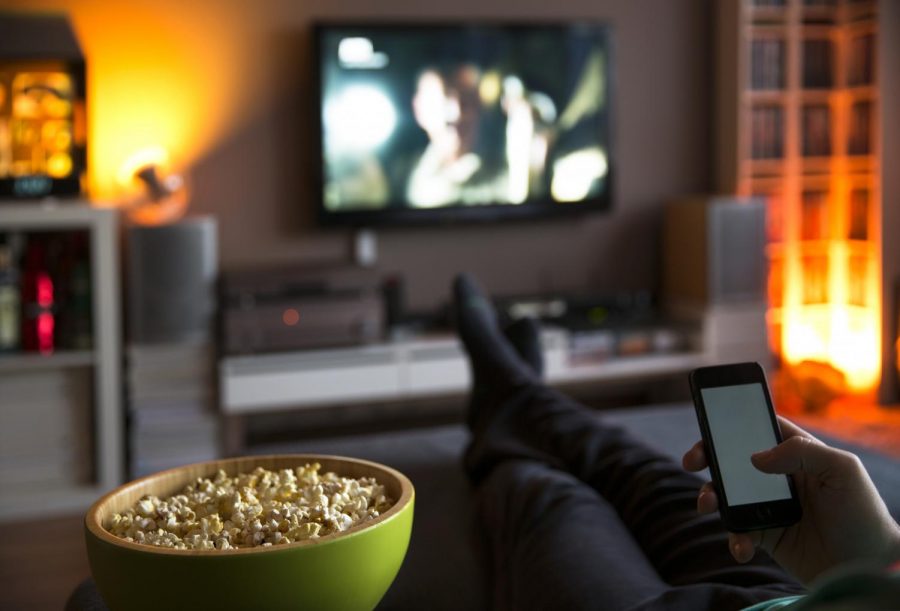 Not only did I rewatch several of my favorite television shows and films in January, but I was constantly on the hunt for new programs. January saw me explore classic cinema, new streaming originals and some of the finest television ever made.

Here’s a list of what I watched in January for the first time and what I highly recommend:

“News of the World”

With movie theaters reopening, after most Illinois returned to Phase 4, this was one of the few films I watched on the big screen and it was so powerful that I plan to return to the theater every week as long as I possibly can. The film stars Tom Hanks as a lone traveler in the Old West who finds a young girl, played by Helena Zengel, and goes on a long journey to return her to her family.

With incredible cinematography, a moving story and a father-daughter type relationship that sees Tom Hanks give his best performance since 2015’s “Bridge of Spies,” “News of the World” is one of the best new films to watch right now. It’s available to rent on Amazon Prime Video for $20, but seeing it on the big screen is preferable if audiences are comfortable with going to the theater. The film will definitely speak to students who work in history.

For those with a paranoid fear of black and white films, this 1950 classic is an incredible experience anyone can find investing. A clever commentary on how Hollywood chews people up and spits them out, the film stars William Holden as Joe, an unemployed screenwriter who becomes entangled in the life of forgotten silent film legend Norma Desomnd, played by real-life silent star Gloria Swanson. When Desmond hires Joe to rewrite a script for the film that is destined to bring back her career in a spectacular fashion, Joe begins to become swallowed up in her demented fantasy world.

Directed by the legendary Billy Wilder, “Sunset Boulevard” is commonly cited as one of the greatest films ever made, which makes it even more puzzling why I had never seen it. In any case, the film is incredibly atmospheric with a dark story that details the seedy underbelly of Hollywood. Currently free on Amazon Prime Video, I would recommend this film highly to Media Studies, English and Theatre majors, but really, this is a film that anyone should watch.

This seven-part Netflix Original series is the personification of wit from the mind of author Fran Lebowitz and will make anyone who watches it feel smarter by the end. Directed by Martin Scorsese, the series depicts him and Lebowitz talking about life in New York City, how young people are too engrossed on their phones, the state of public transportation and whatever gripes Lebowitz has with this insane world we live in.

“Pretend It’s A City” is everything I love in entertainment. It makes you feel the entire spectrum of emotion, it’s humorous and it’s witty as can be. Top it all off with guest stars Spike Lee, Alec Baldwin and Olivia Wilde, and this series is a recipe for success. For students who specialize in humor, writing and being crotchety, this series is highly recommended.

As Apple TV+ becomes a big player in the streaming wars, “The Morning Show” is a perfect program to display the talents of that service for creating captivating original content. The show stars a large ensemble cast, including Reese Witherspoon, Jennifer Aniston, Billy Crudup and Steve Carell, as broadcast journalists at the titular morning news program which is slowly revealed to be more sinister in the wake of the MeToo Movement.

What makes this show interesting is how it depicts the current state of broadcast journalism as well as how certain issues, like sexual harassment in the workplace, have changed the world. For students of journalism and law, this series is especially illuminating.

The first television series to directly tie into the Marvel Cinematic Universe, “WandaVision,” as of this writing, is only halfway done and is already an intriguing series. The Disney+ series focuses on superheroes Wanda Maximoff and android Vision, played by Elizabeth Olson and Paul Bettany respectively, as they live a life similar to a classic sitcom like “I Love Lucy.” But as the series progresses, this “wholesome reality” isn’t what it seems.

Whether you like classic television or not, this series successfully satirizes and pays homage to all kinds of classic sitcoms while balancing a dark undertone that has become more apparent with each episode. For anyone who loves Marvel, this is a show to begin watching before it ends on March 5.