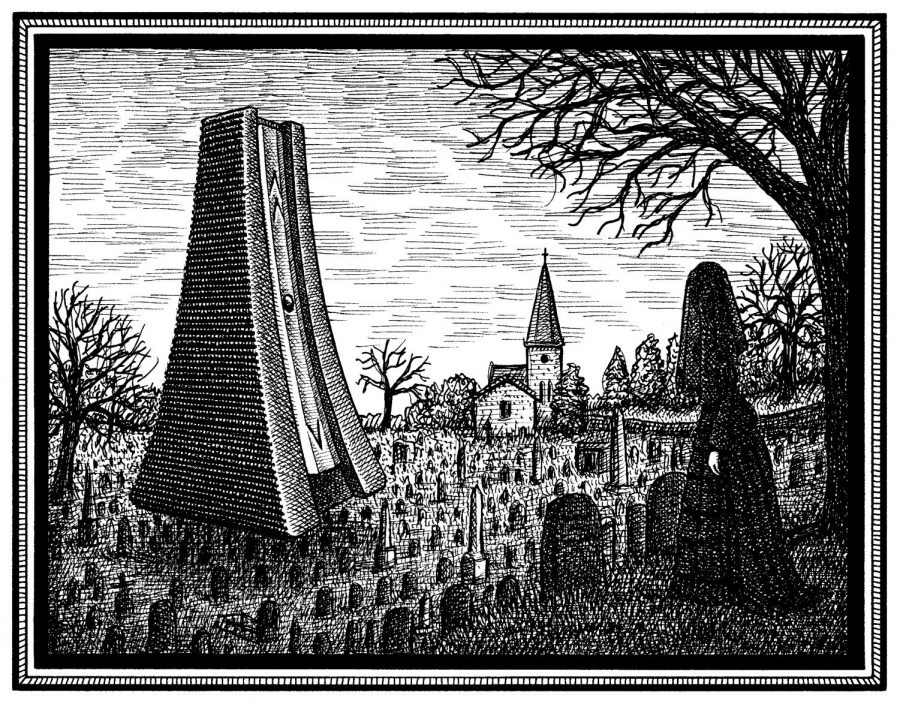 The event will display Blair’s work as an illustrator as well as Blair openly discussing with students “the unexpected paths that develop storytelling and a great career,” Blair said. This event will be free to the public, according to the event’s webpage.

Blair has spent his artistic career as an illustrator for books that visually solve problems for the author and creates visual elements to accompany written work, Blair said.

Blair has worked as an illustrator of books and graphic novels along with writing and illustrating short stories, according to Blair’s website. In 2019, Blair wrote and illustrated his first book, “The Envious Siblings: and Other Morbid Nursery Rhymes,” a collection of stories with a dark edge.

Much of Blair’s work depicts macabre subject matter that stems from his own fear of death and how people pretend that it doesn’t exist, Blair said.

“By confronting it in both overt and humorous ways, I am attempting to force death back into the open rather than allowing it to hide and grow, as our culture and minds have been cultivated to do so,” Blair said.

Among the takeaways from the event will be how every artist’s journey to making their gifts work as a career is different as well as that the key to succeeding as an artist is tenacity, Blair said.

“By simply refusing to quit working toward that pursuit, you are putting yourself ahead of the vast majority of others hoping for the same outcome,” Blair said. “Over time you will rise, simply by the fact of how many others have dropped out.”