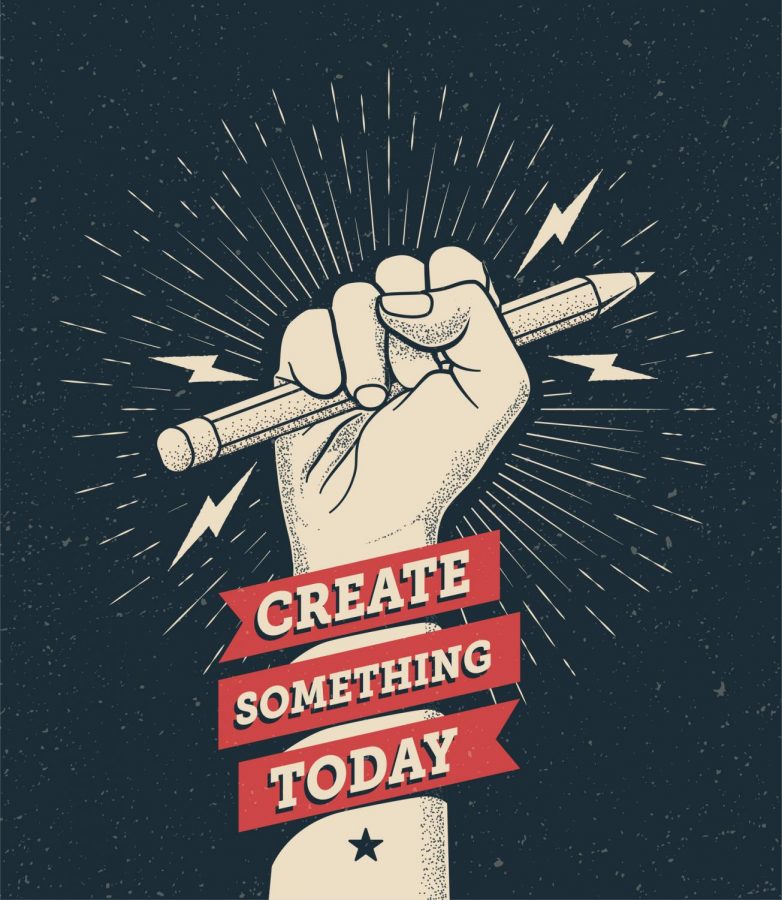 Creativity is like a muscle. Everyone has muscles, and the more they’re exercised, the stronger they become. We all have the ability to exercise our creativity. No matter where someone is from, or what profession they’re in, everyone obtains creative potential, they just have practice using it.

The Creative Writers’ Club at NIU is open to all students. The club meetings take place virtually at 6:00 p.m. every Friday. To take part, you don’t have to bring material to the table right away, the club is a safe space for conversation and exploring one’s creative potential.

If you’re new to creative writing, it can be intimidating when approaching the craft from outside. President of the Creative Writers’ Club Samuel Rodriguez, is a business major and said he joined the organization a few years ago for fun.

“I never really wrote anything before that,” Rodriguez said. “I eventually developed material that I’m really proud of, that I’ve shown to others and that they’ve really enjoyed as well.”

Rodriguez said he is glad to have made the decision to join the club.

As one goes through their own seasons of life and it’s ups and downs, it can be a struggle to find inspiration, or simply the motivation to exercise your creativity. The pandemic has certainly been proof of this for many creatives alike, including members of the Creative Writers’ Club.

He said the COVID-19 pandemic has an impact on writer’s inspiration, the motivation to write and ability to bring new ideas to the table. Before the pandemic, the club had seen a spike in membership with about 20 people attending weekly meetings. Once remote learning went into effect, Rodriguez said the club saw about a 50% decrease in members.

Even though the pandemic presented struggles and resulted in fewer club members, Rodriguez said it’s still nice to come together and talk as a group of friends. Workshops have been a way for current members to spark inspiration, exploring different writing elements like character development, and different styles such as poetry.

He recommends just getting the words on the page. He said fan fiction is a great place for new writers to start.