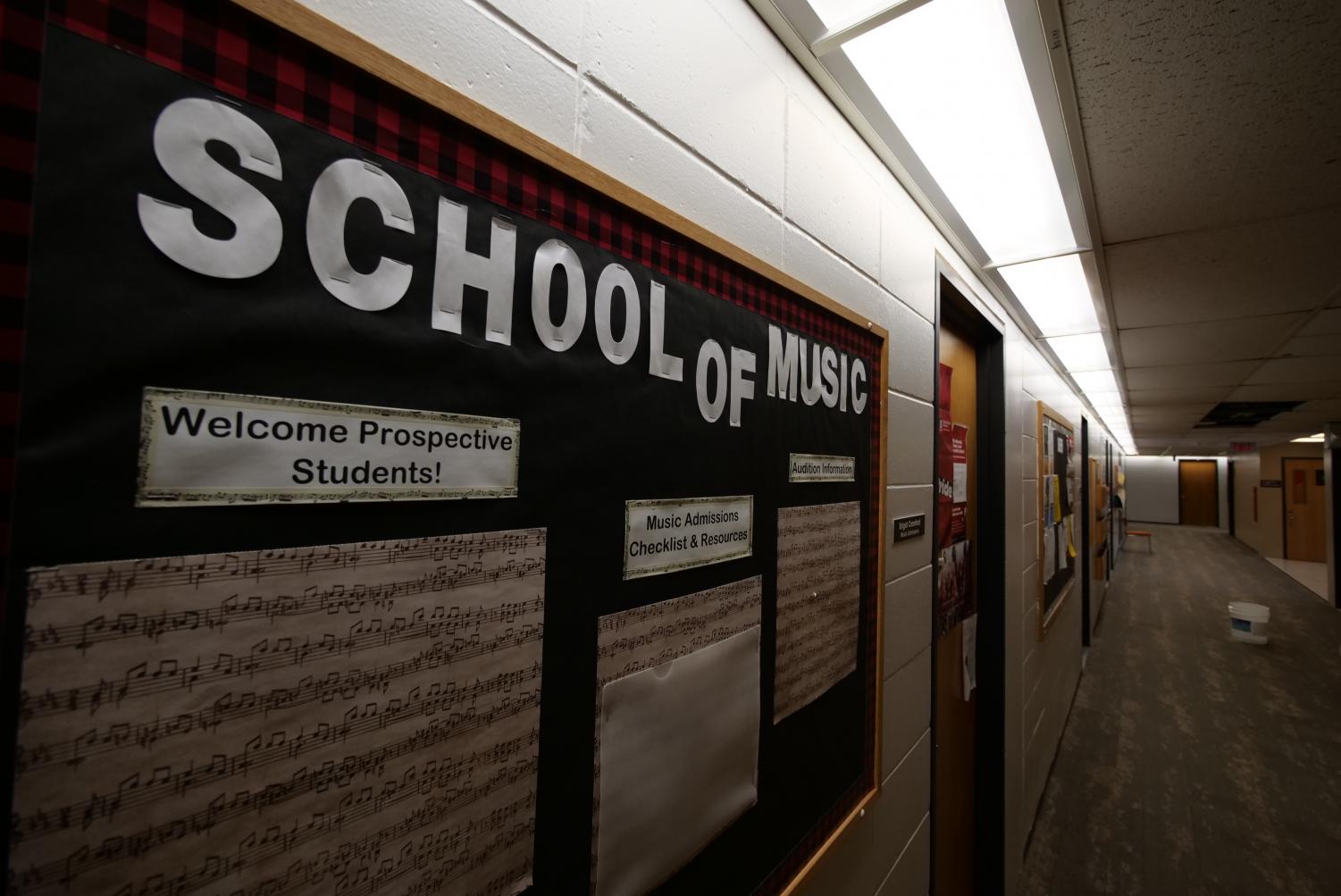 Trumpeters will be working with Christopher Scanlon, Pharez Whitted, Tom Bough on “Trumpet Day” at NIU on Nov. 19.

School of Music creates 5 committees to increase diversity in curriculum

DeKALB – Music Education major Kee Taylor published a petition calling for more support for Black, Indigenous and people of color at the NIU School of Music, but it has not received any attention from the School of Music. However, five committees have been formed to embed faculty diversity goals in the curriculum.

Andrew Glendening, director of the Music School, said because has never received the petition from a student, as it floats on the internet, he has not read the petition that currently has 381 signatures from students, alumni and faculty. The petition, posted on Aug. 10, is still available to sign.

Being a Black, queer and trans person in the School of Music, Taylor said they’ve had negative experiences, so after George Floyd died in May, they took it upon themself to fight for change within the school and stand up for not only themself but their peers.

“We have a lot of things that come in from social media,” Glendening said. “If we overreact to everything that ever gets posted on social media, we will never get anything done. So generally, I wait until it actually arrives.”

Following the death of Floyd, Glendening said he and Reggie Thomas, jazz professor and chairman for the Diversity, Equity and Belonging committee, decided not to publish a press release that sounds nice and doesn’t accomplish any changes in response to Black Lives Matter.

They formed a Think Tank Committee, composed of faculty, and established a Black Lives Matter statement that was approved by the entire staff, as well as five pledges for diversity that faculty members will incorporate into their curriculum. Faculty have reported what the statement means to them, and they will be required to submit how they’ve incorporated diversity into their teaching as part of the faculty service report.

The committee has so far reviewed the diversity statements that all the professors were asked to write. “A lot of them are not specific. They were just speaking about diversity, but they weren’t actually speaking about Black Lives Matter, or ways in which they can directly help Black students or marginalized students,” Taylor said.

Taylor said it seems like the goal of some people on the committee is to educate white students about diverse musicians.

Dr. Brian Hart chairs the committee, which is in the early stages of development, Glendening said, as they are waiting on recommendations for direction from the D.E.B. committee.

Dr. Christine D’Alexander chairs the third committee. This committee is responsible for arranging guest speakers of color to come speak to the school, Glendening said.

The fourth committee is composed of ensemble directors. At the beginning of the year the committee reprogrammed all the concerts in response to Black Lives Matter, Glendening said. They changed many pieces by spreading them across all the continents.

The fifth committee, which studies bias in the music core curriculum, is composed of 10 people — all Music Theory and Music History area faculty, and two NIU alumni advisers. It was formed at the very end of the fall semester, Chairperson Lucia Matos said.

Their mission is to “examine [the] curriculum for implicit bias and move toward inclusive repertoire and approaches to teaching,” Matos said. They will submit recommendations by the end of the spring semester.

“One of the topics, for example, is the fact that textbooks focus almost exclusively on Western classical music,” Matos said. “We also started doing individual examinations of topics, concepts and musical examples from our classes, looking for opportunities to broaden these, especially by adding historical context.”

Next week they will be working in two groups, one for Music History and Literature and another for Music Theory.

Glendening said if historical topics are inappropriate, they shouldn’t be in there, just because they’re artifacts of history. “If we can’t remove them, let’s either have some auxiliary materials or let’s put some context around them,” he said.

Taylor said music history professors have included non-white composers, but in one of the classes they took, the professor segregated the days that they talked about Black people versus white people, and didn’t join the two.

Courses in music history and theory, however, prepare students to take a graduate exam to get into a master’s program, and those tests include more Beethoven and old music, Glendening said. “So, if we move some things and eliminate some of these things, it may cause some problems,” he said. A solution looks to be teaching this material for the exams but acknowledging the awful things the composers did throughout history.

Director of Percussion Studies Gregory Beyer said for his percussion ensemble, the core curriculum includes a course on Afro-Cuban percussion and Afro-Brazilian percussion.

He is actively bringing guest artists of “Afro-descent,” such as alumni, to come and speak to his students on how to get started in the percussion field.

“Institutions like this don’t exactly turn on a dime,” Glendening said. He is expecting a report by the end of the year by faculty and what they’ve succeeded in doing, and if it’s not good enough faculty will be asked to come back and strategize how to move the needle, Glendening said.

Looking at the report after this year, Glendening will decide whether faculty introduced diversity in such a way that they did not “other” musicians of color. “We don’t really want to have Black music day and kind of, you know, isolate that,” he said.

Glendening said he doesn’t want to do “thoughts and prayers” here.