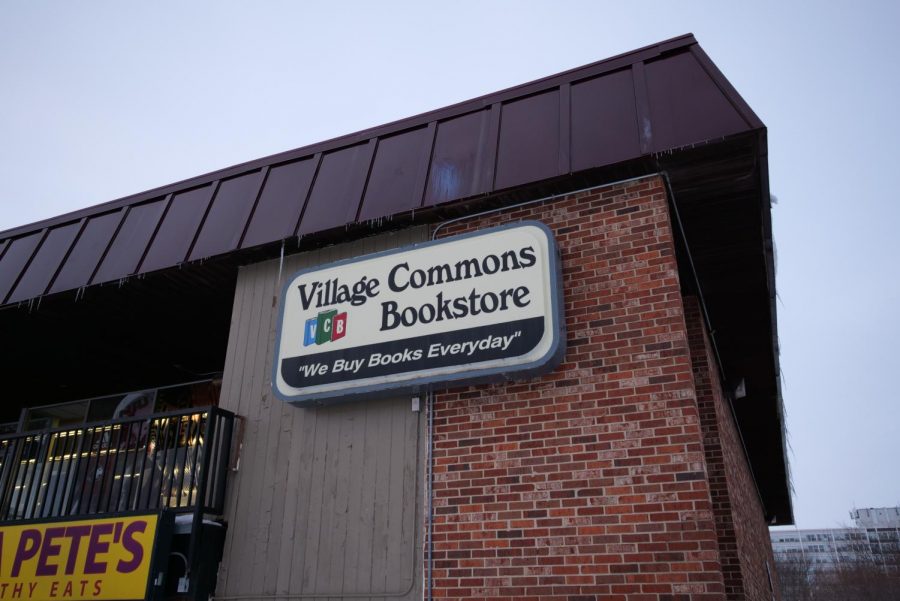 DeKALB – The Village Commons Bookstore, which has been a part of the NIU community for over 50 years, will be closing permanently.

The store, at 901 Lucinda Ave., has sold items ranging from general school supplies to Huskie themed Christmas decorations since its opening in 1970.

The sudden announcement of its closure was made in a Feb. 3 Facebook post, which advertised a final closing sale on all of the remaining merchandise. A final closure date has not been set yet, but management expects the store to remain open until at least April.

“It is a week-by-week thing,” VCB manager Jody Boardman said. “It depends on how much merchandise we have left. We’ll still be open as long as we have stuff to sell and we will probably be here at least through the end of March because there is so much to do.”

Boardman said the rise of digital textbook usage had been impacting store book sales for a couple of years but said the closure is mostly due to the current business climate in DeKalb.

“You can’t pin it all on [COVID-19], but most of our traffic was the students,” Boardman said. “The entire campus is empty. [Huskie] football was always huge for us too and there isn’t even a football season.”

The store’s closure will mean the loss of around 75 jobs during peak seasons. Most of the vanishing positions went to NIU students.

“Besides the full-time staff, we always tried to hire the students,” Boardman said. “I found out now, since we’ve been closing, that there’s a lot of loyalty. It’s nice to know that there’s people out there that care.”

Boardman said the final decision to close VCB was made by the store’s owners, many of whom do not currently live in the DeKalb community. Plans for the vacant space in the building left by the closure are still uncertain.

The remaining merchandise is now being liquidated through a 75% off closing sale. The majority of the store’s shelves are filled with NIU themed goods and merchandise, would-be souvenirs and mementos for a student body whose college experience is now largely transmitted from a computer screen miles away from the DeKalb campus.

Boardman, who has been a part of VCB since its opening, said the closure was an incredibly emotional experience and expressed gratitude to the NIU community.

“We have always been big supporters of NIU and have always liked to be very involved,” Boardman said. “My father went here and I went here. [VCB] has pretty much been my life. It’s been my home away from home. I’ve enjoyed seeing the kids that have come through here, that have been here all four years, that have met and gotten married because they met here in the store. We have a couple of stories like that. It’s satisfying.”