Moment of reflection to be held for anniversary of shooting 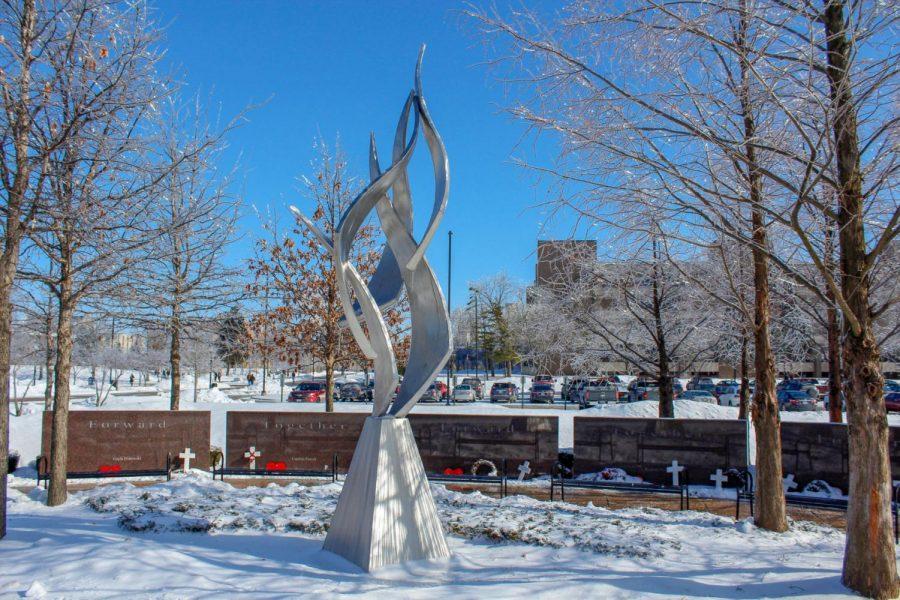 The Forward, Together Forward memorial outside Cole Hall honors the lives of the five students lost in the Feb. 14, 2008, shooting. The lives of two additional Huskies were lost one day after the anniversary of the Feb. 14 shooting.

DeKALB – Valentine’s Day on the NIU campus will forever be affected by the shooting that killed five students and left 21 injured, eight in critical condition inside of Cole Hall’s auditorium after the gunman entered a class and opened fire.

On Sunday, NIU’s Forward, Together Forward organization will ring bells five times at 3:06 p.m. outside of Cole Hall as a moment of reflection in remembrance of the five who lost their lives on Feb. 14, 2008, according to the NIU calendar.

NIU does everything it can to honor the victims, Catalina Garcia, Daniel Parmenter, Gayle Dubowski, Julianna Gehant and Ryanne Mace through their Forward, Together Forward website and the Memorial Garden outside of the Cole Hall Plaza.

Sunday will mark 13 years since the shooting took place.