How restaurants are dealing with new COVID-19 tier mitigations 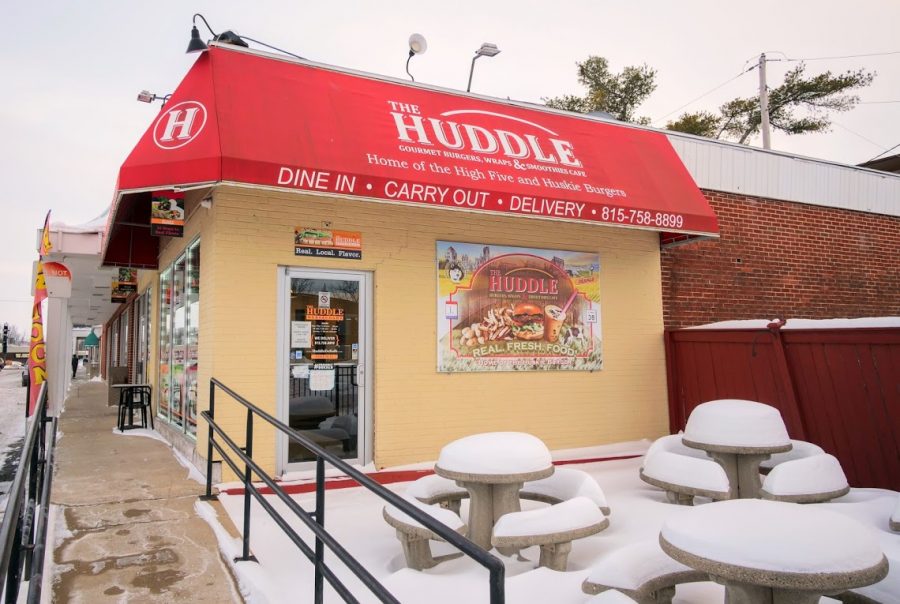 The Huddle Restaurant located at 817 W. Lincoln Highway in DeKalb has closed

DeKALB – With Illinois moving from Tier 3 to Tier 1, and then to Phase 4, on Jan. 25, restaurants are finally able to have indoor dining for the first time in months after Tier 3 guidelines were enacted in October.

Under Phase 4, groups of 10 or less are allowed in restaurants at tables six feet apart from each other, and restaurants must be at 25% capacity, according to state guidelines for Phase 4. Here are what a few restaurants in DeKalb have to say after nearly one month of indoor dining.

Before Illinois moved back into Phase 4, Ellwood Steak and Fish House had outdoor dining during the nicer weather in the fall before moving into to-go orders, Richards said. However, under the new state guidelines, the amount of people that have been coming to the restaurant is close to fulfilling 25% of the restaurant’s capacity.

“It’s just nice to have the community support,” Richards said. “It means so much.”

Pizza Villa was one of many restaurants that were able to continue business relatively normally because of their ability to deliver, owner John Finn said. However, while the inclusion of indoor dining has had some people eat in, business has been slow for indoor dining but normal for deliveries, which makes up two thirds of the business.

The lack of people eating indoors can be due to a number of factors, including  record cold weather, people wanting to spend less money after the holidays and a limited amount of places people are able to go, Finn said.

“No one is going to the movies or sports [events], which means they are less likely to eat out,” Finn said.

Another restaurant to shut down its indoor dining during Tier 3 but kept up with pick-up orders was The Huddle. While there are some people eating in at The Huddle, most of the orders have still been pick-ups, owner Mohammed Labadi said.

As of now, the amount of business with and without indoor dining at The Huddle has been relatively the same despite some slow periods attributed to the lack of students at NIU.

“I think people need to see the number [of COVID-19 cases] go down and the number of vaccinations go up to let people feel safe,” Labadi said.