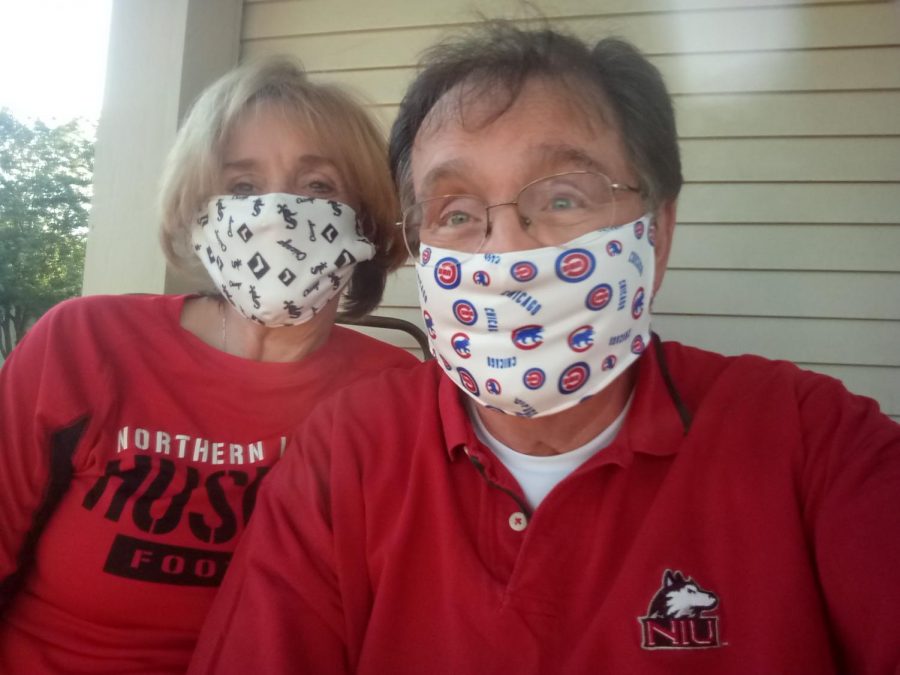 Valentine’s Day celebrations were seen by the student body and NIU faculty, including one couple in the Department of Communication, educators Judy Santacaterina and Matt Swan.

As members of NIU’s faculty for a combined 64 years, Bachelor of General Studies Director and Forensics Coach Judy Santacaterina and Communications Instructor Matt Swan are mainstays of the College of Liberal Arts and Sciences and have been married for 29 years come May 16, Swan said.

They first met in 1980 at a speech tournament at Rock Valley Community College, and it took ten years before they had their first date, Swan said. Santacaterina asked Swan over for dinner and the relationship took off from there.

“It took us a long time to figure out we were meant to be,” Santacaterina said.

Santacaterina and Swan agree that working together at NIU is fantastic but, because they work in separate buildings, they still have a sense of independence, Santacaterina said. They also help each other out in their work at NIU.

“She has helped a lot in my classes and my approach, and I sometimes recommend a person for her forensics team,” Swan said.

The couple shares many interests including watching films and plays at the theater, golfing, spending time with family and friends, and dancing, at which Santacaterina is much better, Swan said. The pair also enjoy cooking together and both Swan and Santacaterina agree on who’s the better cook. 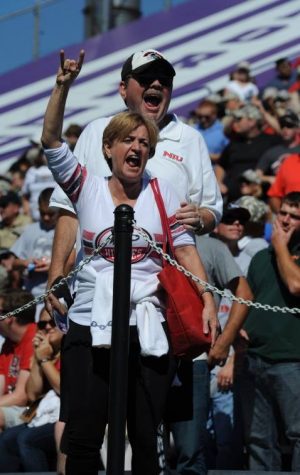 “She is an amazing cook,” Swan said.

The secret to their relationship is how well the pair balance each other out, Santacaterina said.

“In many ways I think we are polar opposites,” Santacaterina said. “I am the worrywart, glass half empty and filled with poison. He is very positive and a glass, not half full, but overflowing with a bottomless cup.”

The pair also have a way of communicating where not much has to be explained, Swan said.

“We get each other,” Swan said.

However, there are some issues the couple will never agree on such as which sports team to cheer for, Santacaterina said.

“Despite the fact he is a stupid Cubs fan and I am a (White) Sox fan, I think we are very compatible,” Santacaterina said. “We share our passion and reverence for family, friends and food.”

While they have each other and a happy, healthy relationship, Swan and Santacaterina agree that they miss the Huskie community at NIU.

“We count our blessings that we, and our loved ones, are relatively healthy and safe,” Santacaterina said. “We are looking forward to a day when we can be back with our colleagues and our students; we miss them so much.”