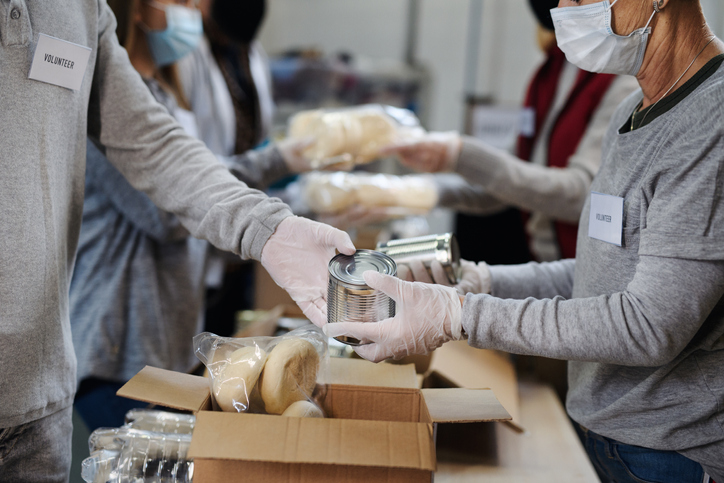 At times, many DeKalb residents, particularly NIU students, are unsure how they will get their next meal. Even though food insecurity is a term that many are not familiar with, many do fall into that category without knowing they do, said Courtney Gallaher, Associate Professor in the Department of Geographic and Atmospheric Sciences.

According to the January 20, 2021 Northern Star Twitter poll, only 27% of the 22 respondents indicated that they “know how food insecurity affects members of the DeKalb community and college students in general.” That means 73% do not know how it affects them. Very likely, unfamiliarity with the term “food insecurity” is to blame.

Food security is defined as “the disruption of food intake or eating patterns because of lack of money and other resources,” according to Health.gov. For students, this means that at times they have to decide if paying bills or rent are more important than eating. And while many haven’t heard of the term “food insecurity”, or may not identify as food insecure, many students don’t recognize that they are, Dr. Gallaher said. Students often believe that “others have it much worse,” thus dismissing their own plight, Gallaher said.

Although the pandemic has certainly made food insecurity worse for many students, Gallaher said she doesn’t have concrete numbers to demonstrate the effect yet, but she did conduct a survey prior to the pandemic.

Many have lost their jobs, especially in the service industry. The income that was supposed to supplement financial aid or outright pay for the high cost of tuition is now gone.  The majority of surveyed students saw tuition as the biggest contributor to financial stress, closely followed by school supplies, according to data Gallaher collected before the pandemic.  Imagine how much worse it must be now.

The issue of hunger and food insecurity is multi-faceted and complicated. It is especially problematic for students because there is a direct relationship to academic success, Gallaher said. “Food insecure students (have) shown to have lower GPAs,” often because they work while attending college, according to her study.

It’s a vicious cycle. Because students want to better themselves and improve their chances in life, they go to college. Universities, even public ones, have become so expensive that students can’t afford going unless they work at the same time in order to support themselves. Since students now work as much as they can, they are not able to study as much as they need to, and therefore, their GPA drops. It drops so low they may have to abandon the idea of getting a degree. Or, they do what many do and cut back on food consumption as a means of coping with this difficult situation.

If students find themselves worrying about running out of food before they are able to replenish with new funds, they should know that there are resources available to them. The Huskie Food Pantry is a wonderful example of that. It is “a source of nutritional food, experiential learning and service for the NIU community,” according to the NIU food pantry’s website.

Another great project attempting to alleviate hunger among students is the Communiversity Garden that supplies fresh foods during the growing season. It is located on the east side of Anderson Hall and is part of a larger network of gardens within Dekalb County that were built by DeKalb County Community Gardens. Connect with them at niucg@niu.edu.

Last but certainly not least, students should reach out to their professors and explain to them what is going on in their life. There are other resources professors may be able to connect students with.

Above all, know there is no shame in accepting help because no one should have to choose between eating and paying rent or medical bills.