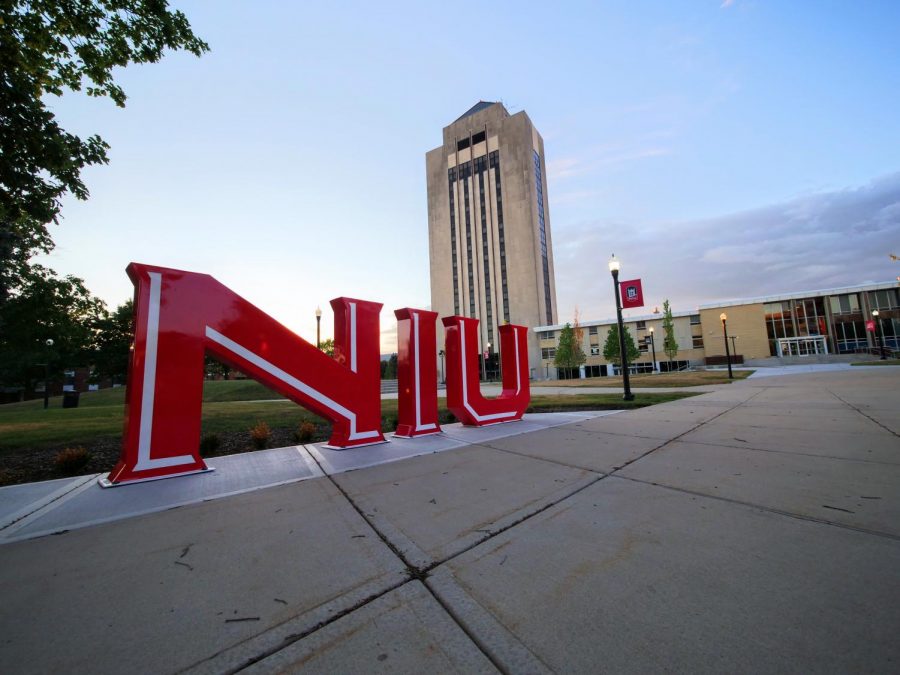 NIU sign is visible on campus on a clear day.

The beanies have the Chinese characters 幸福 on the front with the characters translating to “happiness.” The beanies are available in black and white as well as purple and white with the beanies costing $14 for one and $24 for two, according to the Alpha Kappa Delta Phi store.

The beanies are available for pre-order until Sunday with contactless deliveries beginning this week for people who have already placed orders, according to the fundraiser’s NIU Events page.